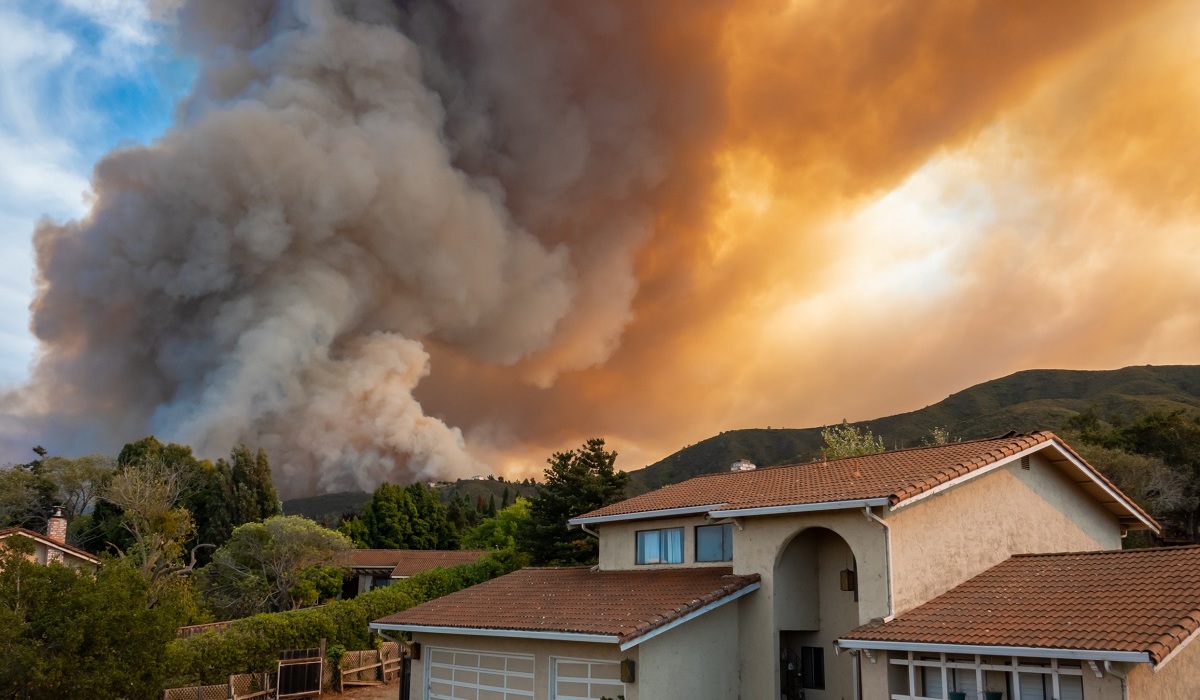 At around noon local time, the Larimer County Sheriff’s Office began alarming residents that the fire had jumped the Continental Divide in Rocky Mountain National Park, and urged those on the east side of the park to evacuate.

“We have confirmation that the East Troublesome Fire from Grand County has been spotted east of the Continental Divide in RMNP in Larimer County,” Sheriff Justin Smith said in a post on Facebook on Thursday.

Aerial shot of the Colorado fires. Hey @DocWX, can you order up a snow storm for us pls? #cowx #LefthandCanyonFire #CalWoodFire #wildfires #sunset pic.twitter.com/rcz8i96lGk

The Larimer County Sheriff’s Office Twitter page was also sharing information, and warning of possible dangers around other sections of the fire, as well. Hunters and other people enjoying the outdoors had to be evacuated from the Routt National Forest in Jackson County and a pre-evacuation advisory was issued for the community of Granby, near a different section of the fire in Grand County. And to make matters worse, it sounds like the dry, breezy conditions are going to continue on into the weekend with wind gusts blowing up to 45 mph.

View from the house in Granby. Fire exploded today. Flames only visible from the last hour or so but the smoke is unbelievable @9NEWS #EastTroublesomeFire pic.twitter.com/mgEH95oyZC

Evacuations began Wednesday, including the entire town of Grand Lake, Colorado. The small town is nestled roughly 30 miles northwest of Boulder up in the Rockies at an elevation of over 8,000 feet. Many evacuated that evening knowing there’s a strong possibility they would never see their homes again.

My mom took these as she left Grand Lake tonight possibly seeing her house for the last time. Multiple buildings in the town are already burning. #EastTroublesomeFire #TroublesomeFire pic.twitter.com/ERhDzDECQk

The fire is being fueled by dead, dry timber destroyed by beetles, incident commander Noel Livingston said in a Thursday morning update posted on Facebook. With the combination of dead trees acting as kindling, and dry, windy conditions fueling the fire, firefighters will face a steep challenge to contain the flames.

The fire rapidly increased in size Wednesday night, growing to about 10,000 acres per hour. Then, the blaze exploded again expanding from about 30 square miles in size to over 196 square miles in just 10 hours. Officials said containment had been reduced from 10% down to 5%. Livingston called the amount of fire spread he’s witnessed from the East Troublesome Fire unprecedented.

The #EastTroublesomeFire in Grand County grew from around 19,000 acres to more than 125,000 in one day yesterday and continues to burn this morning near Granby Hot Sulphur Springs and Grand Lake-Houses have been lost but the full extent of damage is still unknown. #9News pic.twitter.com/5ANR9hqk2K

In another sobering video posted on the Grand Lake County Sheriff’s Office Facebook page, Sheriff Brett Schroetlin took a moment to address the community and update them on the hard work all the members of police, fire, EMS, and search and rescue have done to save their homes.