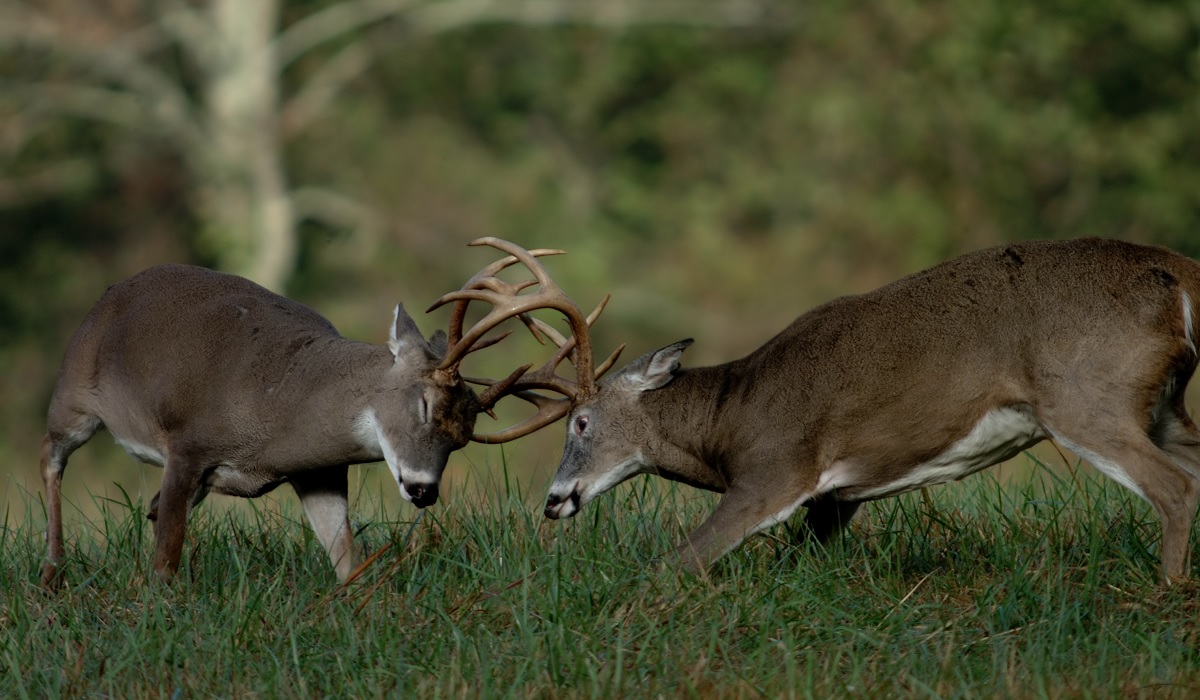 Two Kansas Bucks were found earlier this week with their antlers locked together, leaving little guesswork as to how they died.

A Facebook post on the Kansas Wildlife, Parks and Tourism – Game Wardens page included a photo of the two giant whitetail bucks, and a reminder about the regulations for Salvage Tags.

The two deer were reportedly discovered by a resident in Rice County, roughly 80 miles northwest of Wichita.

“Nature can sure throw some curveballs at times,” the game wardens post reads.

From the looks of it, the deer likely died of natural causes as a result of intense sparring or fighting.

We’ve seen this behavior hundreds of times leading up to the time of year known to whitetailers as ‘the rut.’ Mature bucks will often engage in these fights with other deer to determine who is the biggest, and strongest in the heard. They usually consist of short outbursts of energy, and then one of the deer will usually stand down, Pennsylvania State University experts claim.

But every so often a tine will break off, or the antlers will just get locked up on their own, and the deer end up needing some assistance. And if they don’t figure out a way to get unstuck, this is usually the unfortunate result.

The silver lining, however, is the meat won’t go to waste. It turns out the resident who found them notified game wardens to get himself a Salvage Tag, and wound up taking home a significant amount of venison! Not too shabby, sir.