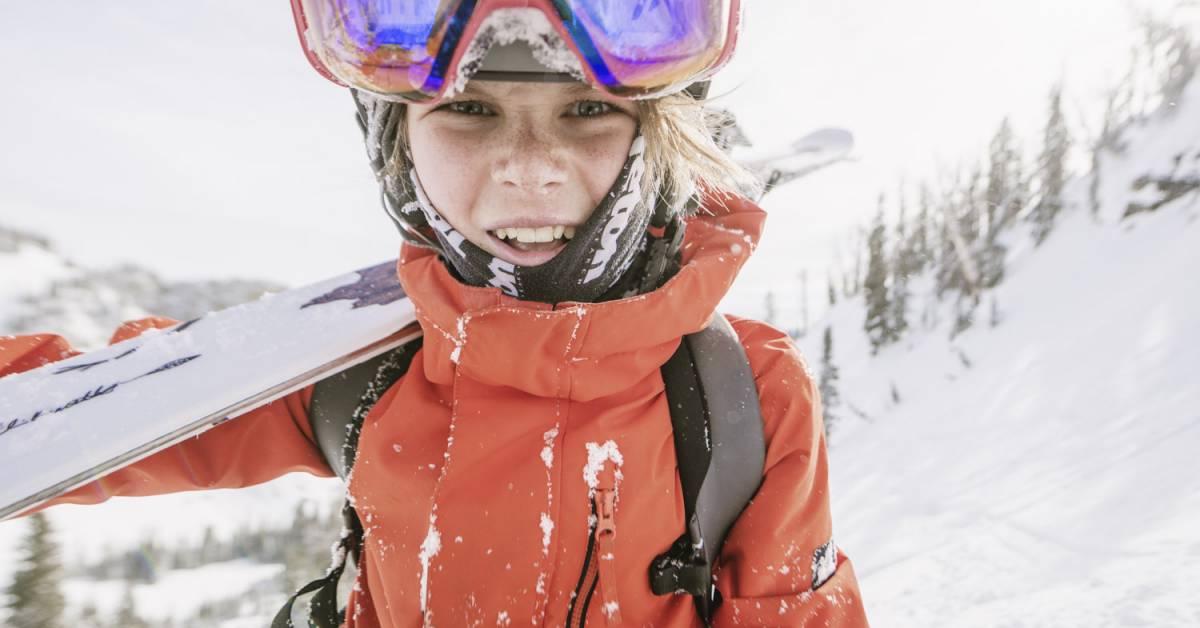 We’ve been following Kai Jones, a Red Bull pro freeskier athlete since he was 11 years old. And though his skiing will make most adults envious, he’s still just in his teens.

13-year-old Kai Jones shreds hard, and not just for his age. The young athlete has skied some insanely steep lines everywhere from Wyoming to Colorado to Japan.

Kai (who just turned 14) is now defending his title as one of the most notorious young people on the slopes, tackling descents most adults would never dream of attempting. (Need a visual? Watch the film.)

An Idaho native and veteran skier at Jackson Hole, Kai is also the son of Todd Jones, cofounder of Teton Gravity Research. So, needless to say, skiing (and skiing on camera) is in his blood.

In his second year of earning a full segment, Kai Jones is featured in TGR’s latest full film, Make Believe. Kai can be seen hucking backflips, straight-lining between cliffs, and performing so many more stunts on skis.

Trailer: 3 Snowboard Legends Trek Into the Wilds for TGR’s ‘Roadless’

Bryan Iguchi, Jeremy Jones, and Travis Rice went on a 10-day human-powered expedition into the Teton Wilderness. The result looks to be a snowboard film we don’t want to miss. Read more…