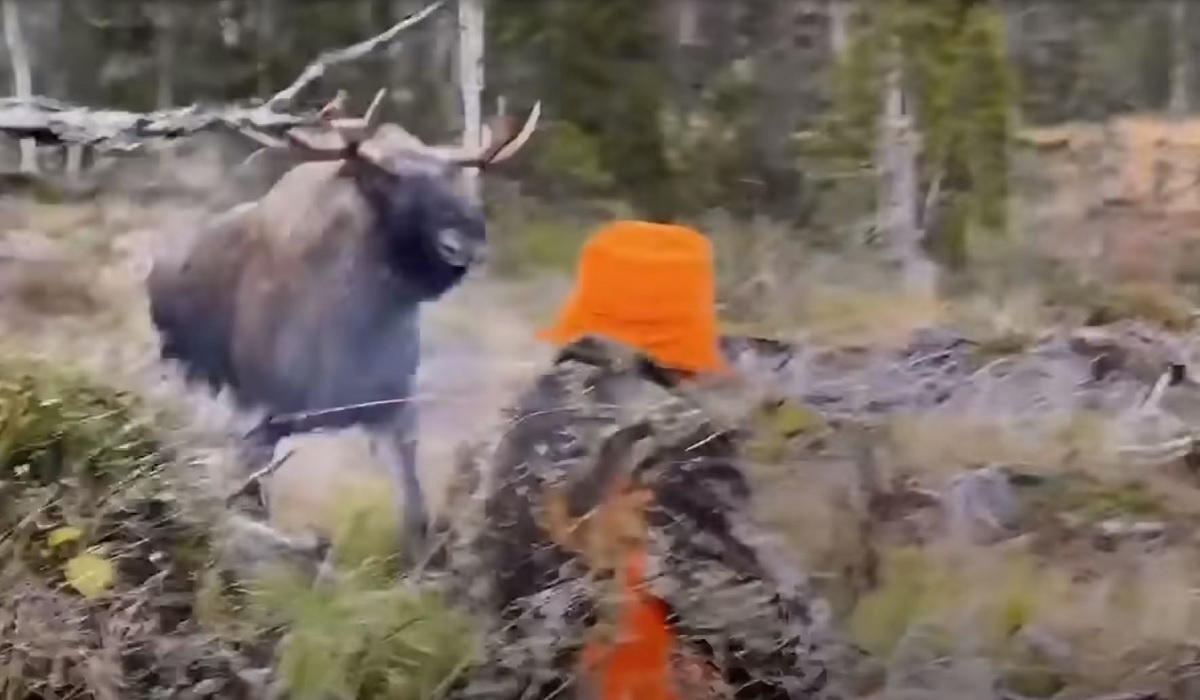 A successful hunt is often separated by mere inches. However, rarely does that inch difference also determine life or death for the hunter, too.

That’s about where this hunter in Sweden found himself while on a moose hunt that ends like no other hunt we’ve ever seen. In the recently uploaded video on the Svensk Jakt YouTube channel, a hunter attempts to bring down a moose with his rifle when the animal charges straight toward him, and nearly tramples him to death. Now, there’s a lot of things that could have been better executed in this video, so let’s break it down.

To start, it looks like the hunter’s first shot doesn’t find its mark on the animal, which isn’t surprising since the hunter fired while the moose was surrounded by trees and other foliage. The missed shot sends the moose on a search and destroy mission looking for the hunter. The large – and now disgruntled – animal busts through the trees it was standing in, allowing the hunter to get another shot on the animal, but also tipping off his exact location. Let’s go back to his second shot for a moment, because at first it looks like the shot hits the moose directly in the side. A fatal shot. But upon review, it looks like the bullet may have landed in the area known to hunters as “no man’s land.” It’s an area on the animal where there are no vitals or major arteries, and the animal will often survive. Which makes sense given what happens next.

After absorbing the shot, the moose turns and is now locked on the hunter charging at full speed. The hunter aims and desperately pulls the trigger one last time as the moose closes the distance, and the beast falls right at the hunter’s feet.

The look on his face when it’s over truly says it all.. 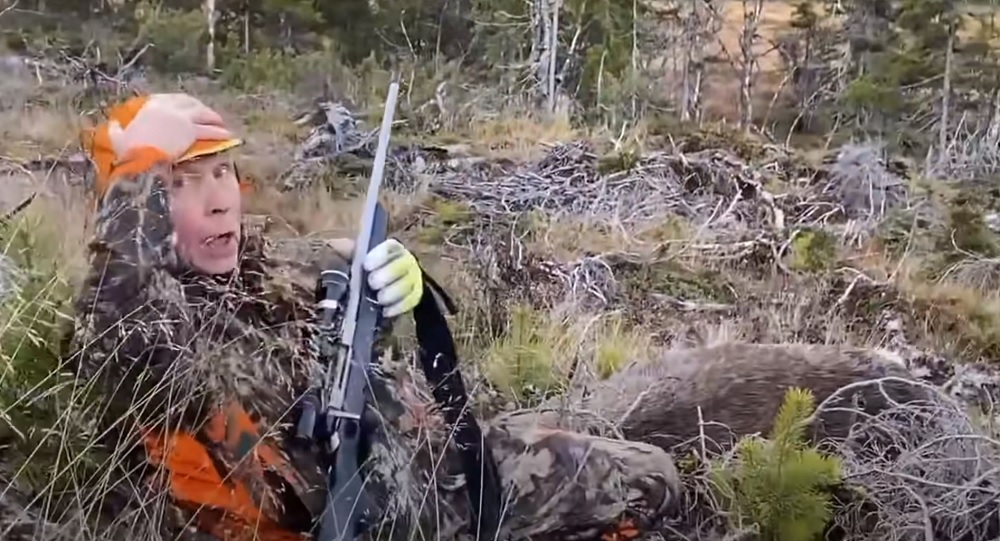 These close calls sure make for some great bar stories, but I’m going to assume this hunter will reassess what happened on this hunt and will perhaps wait for a better shot the first time around next time he’s behind the gun with a moose in his cross-hairs.