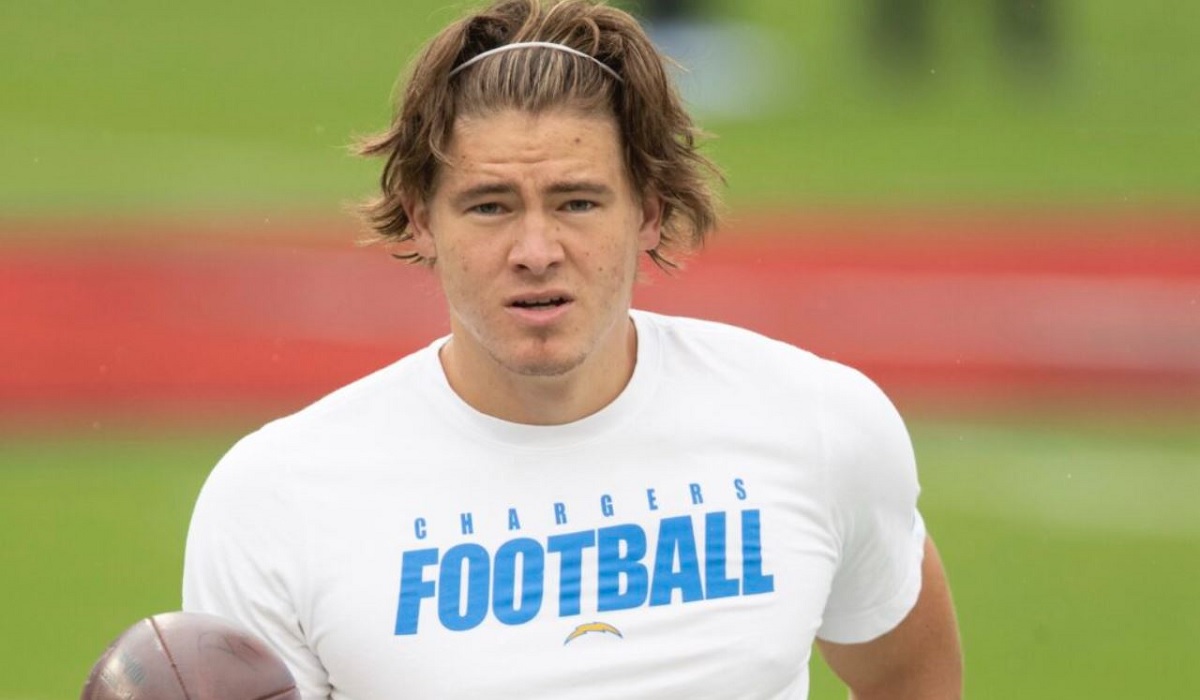 The Los Angeles Chargers rookie QB Justin Herbert has made a name for himself as one of the NFL’s rising stars in recent weeks. But one thing many fans don’t know about the young quarterback, however, is that he’s also an avid fisherman.

After being selected sixth overall in the 2020 NFL Draft, the rookie was suddenly called upon by head coach Anthony Lynn just minuets before a game to go out and lead his team. Herbert’s performance through his first four NFL games; 97 of 141 passing for 1,195 yards, five touchdowns (one rushing) and three interceptions. Impressing coach Anthony Lynn, to say the least.

The one thing that really stands out when watching Justin play, is his patience to let a play develop and then striking at the right time. Which may be a quality he picked up after casting line after line into his hometown pond in Eugene, Oregon.

Herbert loved fishing so much, in fact, that he and a former teammate even started a fishing club at their high school, which Herbert served as “president.” The club shared a tweet after Herbert made his first career start in the NFL against the defending Super Bowl Champions.

Shoutout to president Justin Herbert for making his first career start in the NFL. He is truly making the IFC and the entire state of Oregon proud. Congrats Justin! https://t.co/ZwFhva3UJQ

Not too long ago, Justin appeared on former USC wide receiver Michael Pittman Jr.’s YouTube channel, (which now has over 299k subscribers) where the two soon-to-be-draft picks went fishing for California halibut near the Huntington Beach Pier in Huntington Beach, California.

The other thing that jumps off the page when you watch Justin play football, is the guy really likes to throw touchdowns. Whether he enjoys causing stadiums to erupt in cheers more than catching fish is still up in the air, but he sure was beaming from ear-to-ear after reeling in a nice 22-inch halibut.. Don’t worry, Justin, we won’t tell anyone you enjoy fishing more than football!

All joking aside, it’s great to see young athletes like Justin Herbert, and Michael Pittman Jr. who still have a great passion for the outdoors.