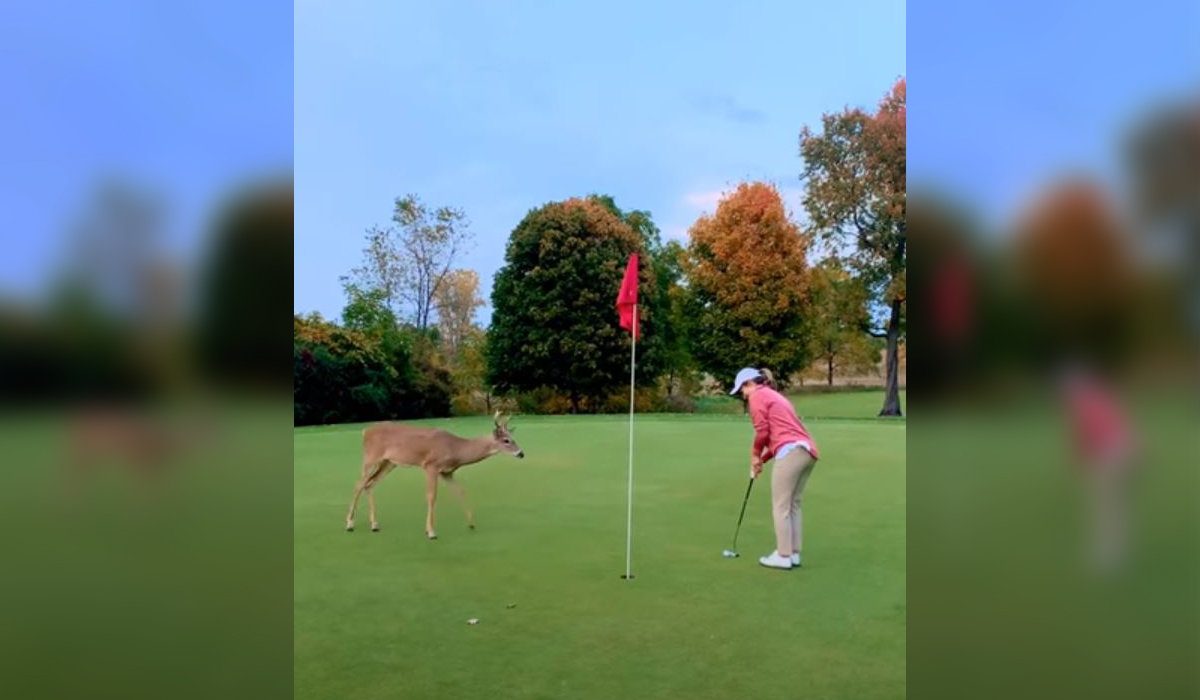 A couple of golfers in Michigan were recently enjoying a round of fall golf at a golf course in Oakland County, when their round was suddenly interrupted by a curious “spectator” on the grounds.

The now-viral video was shared on Facebook by golf professional Jason Michael Dudzinski, who filmed a young whitetail buck wander onto the green and walk right up to his fiancée Katie Nolff while she lined up her final putt of the day at Indian Springs Metropark in White Lake, Michgan.

In the video, you can see the deer approaches cautiously at first, but seems to warm up to Nolff after she says hello to the young critter. She lets it smell her hand for a moment before bringing her attention back to the little knee-knocking putt she had left, and drains it. Even with the deer butting into her putter in the middle of her stroke!

According to Fox 2 Detroit, Dudzinski and Nolff told Storyful they believe the deer was the spirit of Nolff’s late father stopping by to wish the couple well after celebrating their upcoming nuptials with friends and family earlier in the day.