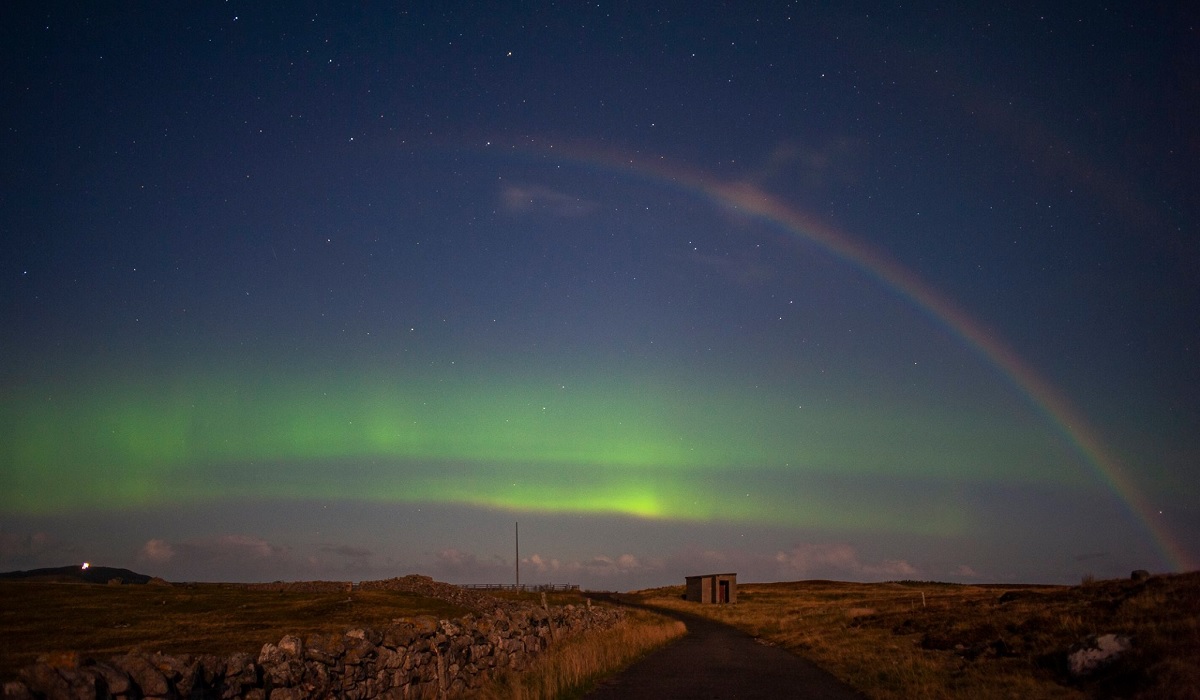 Have you ever witnessed the Northern Lights in person? Watching those lights dance across the night sky is quite captivating, but they’re rarely seen by most people. Well, a photographer in Scotland last month captured a phenomenon that’s even more rare, and the photos are being shared widely on social media. It’s a double moonbow stretching across the night sky just above the Northern Lights.

Photographer Andy Walker snapped photos of the spectacular event in Durness, a village located in northern Scotland, and then shared them in post on Facebook.

After seeing the amazing photos, other users began sharing it on their own pages, which helped them spread quickly.

Walker said he’s never seen anything close to this before in his life. “I’ve never seen a moonbow before.. It was a once in a lifetime moment,” he explained to the Daily Mail. Witnessing one without the other is amazing in itself, but alongside the Northern Lights is a “near miracle.”

My first thoughts; I just wonder how that double rainbow guy would have reacted to something like this?

Walker’s photos have since made the rounds online, and were even picked up by the Fox News Instagram page, which has around 5.5 million followers. Fox did not credit the Scottish photographer in their post, but it’s pretty safe to say this kind of photo speaks for itself:

If you aren’t familiar with moonbows, don’t worry, you aren’t alone! They are considered one of nature’s rarest phenomenon’s, requiring very specific conditions in order to be seen. First, you need the right light. When a moonbow appears, light from the moon – not the sun – passes through rain or thick moisture in the atmosphere. But not just any moon will do. You need a big, bright moon to create the proper conditions for a moonbow, and even then, the sky needs to be very clear to be visible.

When all these things do line up, though, it sure makes for some astonishing photos.