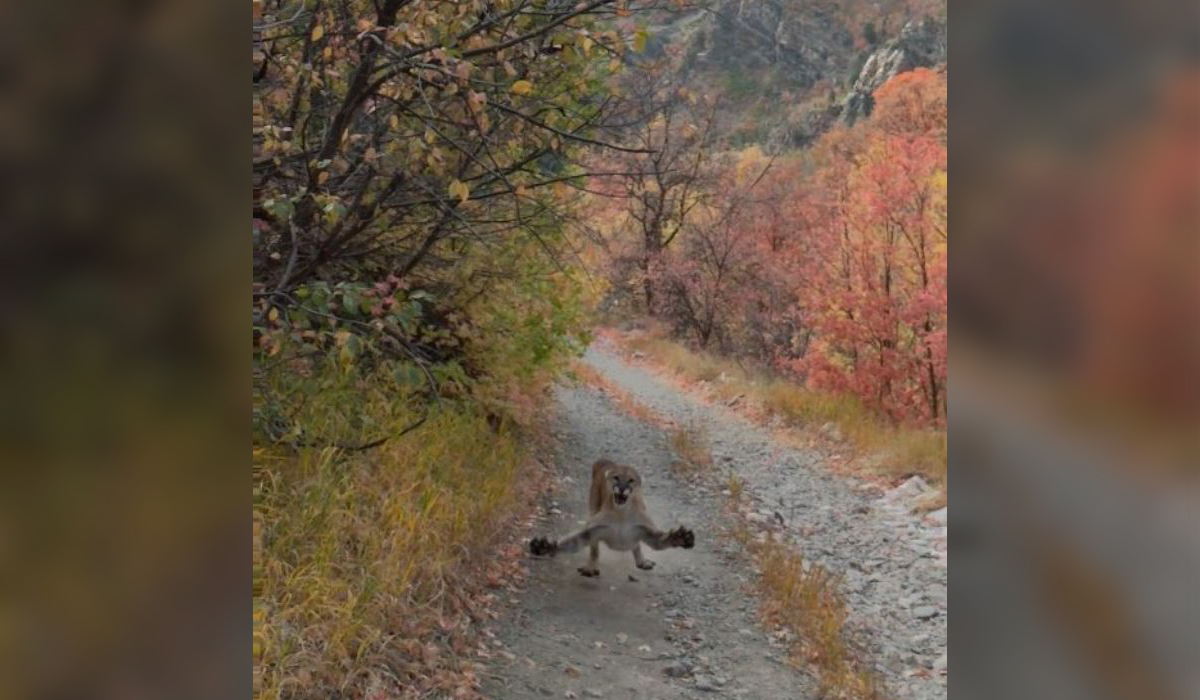 A terrifying encounter between a mountain lion and a man running trails in Slate Canyon was captured on film, and has gone viral online.

The heart pounding video was filmed while Kyle Burgess, 26, was trying to back away from an angry mountain lion who thought he was a threat to her kittens.

Kyle mistakenly got too close to the young kittens during a run, when seconds later their mom comes running around the corner – protective and aggressive – ready to fight whatever, or whoever was messing with her babies. In this case. however, Kyle appears to have just been in the wrong place at the wrong time, and he’s super lucky he was able to walk away from this encounter unharmed. Perhaps in need of a new pair of shorts, but still unharmed.

The video was originally posted to Kyle’s IGTV channel, but can also be viewed below:

“I didn’t really know what kind of cubs they were or what animal they were,” Burgess said according to Fox 13 Salt Lake City. “Once I did realize what they were, I was like, that’s mom right there. I’m screwed.”

The lion continued to stalk Kyle down the trail while occasionally lunging at him for around six minutes. Although, I imagine it must have felt like it went on for 6 miles standing in Kyle’s shoes!

If he had made one false move in that situation – like running or turning away from the animal – there’s a chance the cougar would have literally pounced at the opportunity and this story would have a much different outcome. Did you notice the cat nearly charge when Kyle says he “turned away for a second”? It was probably just picking its moment when to attack. Scary stuff!

In the end, Kyle did all the right things in this situation. He tried to make himself look and sound big, he backed away and never turned his back towards the animal, and then eventually he tossed a rock and scared the large cat away. Perhaps a bit of a gamble, but if that’s what stands between becoming dinner for a family of mountain lions, I’d start chucking rocks like Randy Johnson.

Stay safe out there folks!