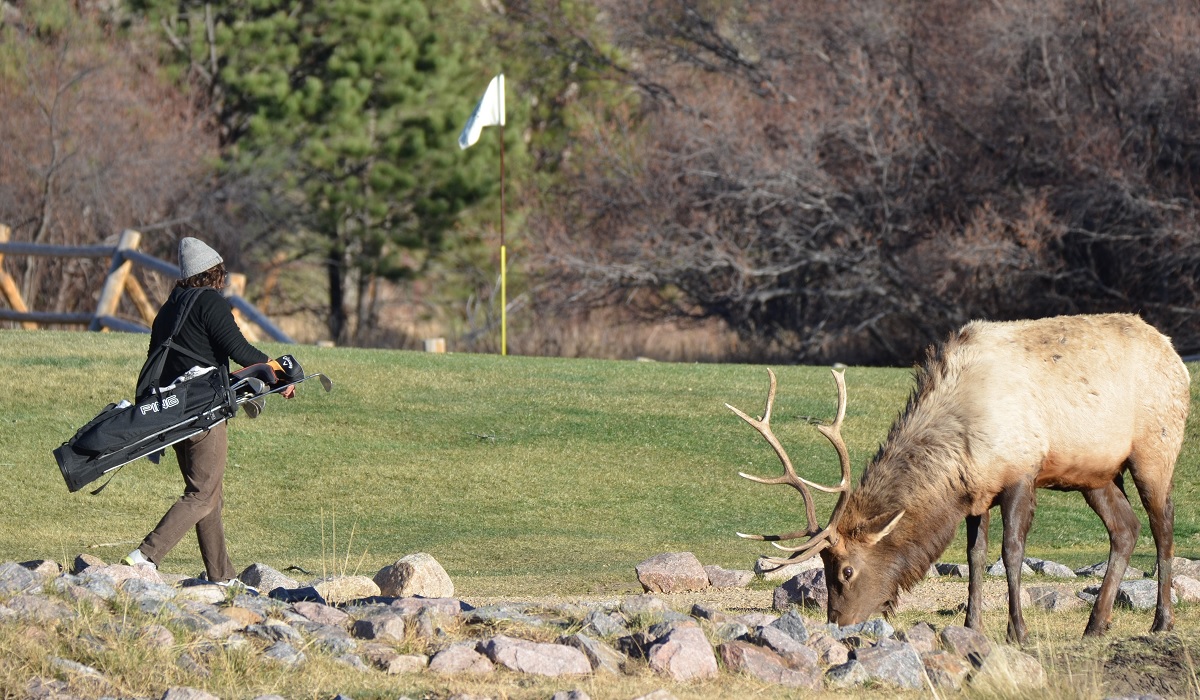 You know how when you’re playing golf, and by the 17th hole it feels like somebody punched you in the gut repeatedly? Well, one unlucky golfer in Colorado this past weekend ended his round with a similar feeling in his lower stomach area, except his kidney had been sliced in half by a bull elk. You cannot make these things up.

The golfer, Zak Bornhoft, 41, was finishing up a round of golf with his friends at the Evergreen Golf Course, located outside of Denver, on Saturday. The 18-hole course sits overlooking the Evergreen Lake, and promises “spectacular views from every tee,” as they write on their Facebook page.

But one other thing golfers are often greeted with when they tee-off at EGGC, are dozens of elk roaming freely on almost every hole.

This presented perhaps Zak’s biggest hazard of the day..

See, when the group made it to the 17th hole, a bull who was likely riled up from the rut charged the golf cart Zak was riding in and gored him in his right side. The elk’s antler punctured his body, slicing his kidney in half.

“The elk rammed the cart, and then the elk rammed again into my husband’s right side,” Zak’s wife Megan Bornhoft explained.

Despite the amount of damage caused by the elk’s antler, Zak expects to make a full recovery.

“The doctor told me three inches either way, we wouldn’t be sitting here,” Megan recalled. “He said it would have been better to have been stabbed with a knife because of the dirt on the elk antlers.”

Since the accident, the golf course posted a friendly reminder on their Facebook page about the dangers of getting too close to the elk around the course.