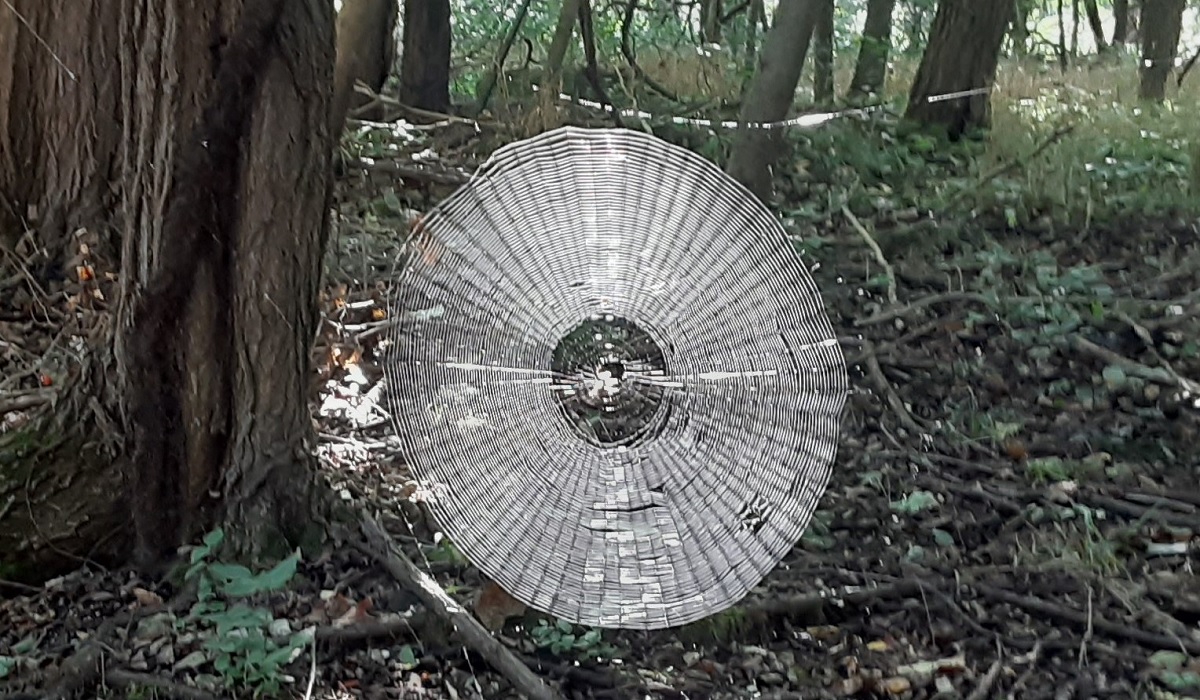 How’s this for Halloween decor? While out on a trail in Springfield recently, a Missouri Department of Conservation worker discovered a massive spiderweb that looks big enough to trap a full-grown person and snapped a photo. When the spooky image hit the MDC’s Facebook page, several people started commenting about the beauty – and horror – of these intricate creations.

“MDC Media Specialist Francis Skalicky snapped a pic of the orb-weaver’s spiderweb while out on a trail in Springfield recently, the department wrote in the caption of their Facebook post, noting that a number of orb-weaver species live in Missouri and how their webs are most noticeable in the late summer and fall. This is when the adult spiders become their largest.

You can rest easy, however, because even though this spider web looks big enough to claim a human, the caption also suggests it’s more of an optical illusion.

“This one is a bit bigger than a dinner plate,” the department said. But given the angle the photo was taken at, and the web’s location between the trees, it certainly appears much larger.

While this web is indeed impressive, it’s actually nothing out of the ordinary for orb-weaver spiders. Despite growing to only about the size of a quarter (not including their legs) this species is known for spinning some webs that make people bug out.

“I’d freak out seeing this, knowing there is a spider the size of my hand nearby *shudders*,” wrote one arachnophobe in the comments.

“Gorgeous piece from an architect of nature.. until you run into it!” another person chimed in.

According to the MDC’s website, the spotted orb-weaver spiders are generally bright in color, with yellow-ish, gold, or even orange markings on their abdomen and thorax. The spiders are venomous, but their venom is of low-toxicity, and not dangerous to humans.

While intimidating in size, this species poses very little threat to people. At worst, it may fuel some of your Halloween nightmares around this time of year.