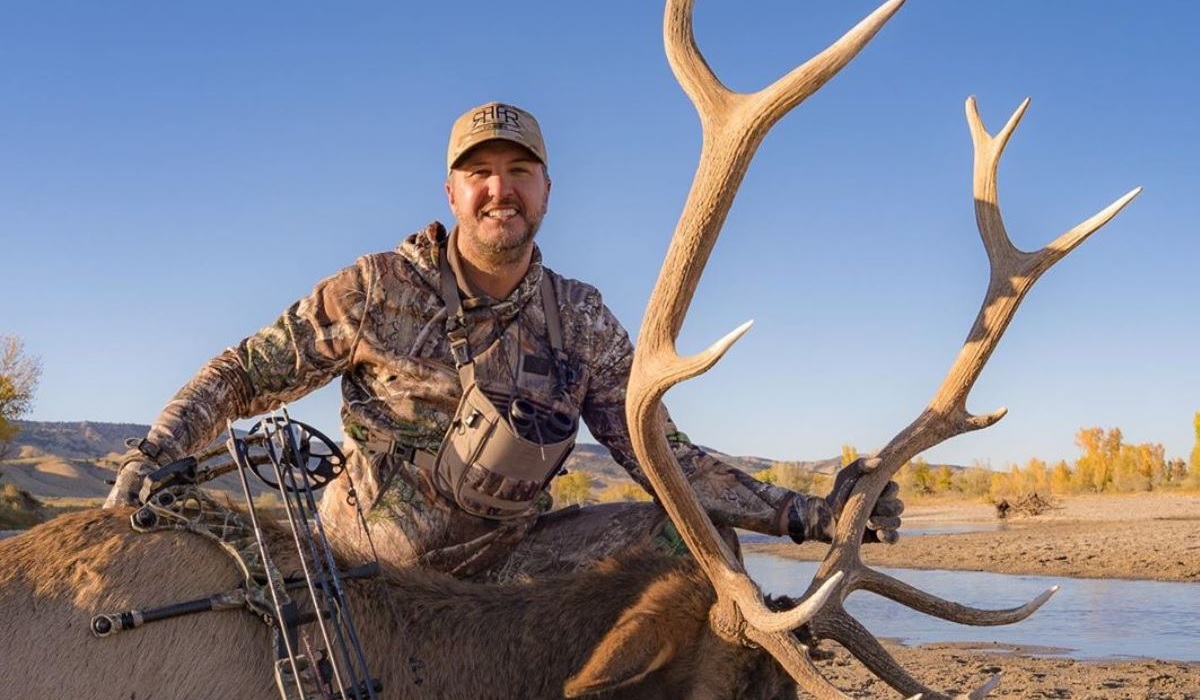 Jay Cutler isn’t the only one who found success while elk hunting this year. The Buck Commander Instagram account posted a photo of Luke Bryan behind an elk he shot with his bow during a recent hunt last month.

Check out Luke’s bull below:

Luke has been hunting for quite some time now – as if his song ‘Huntin’ Fishin’ & Lovin’ Every Day’ wasn’t a dead giveaway – and also enjoys hunting for whitetails when he isn’t chasing elk.

“Hunting, fishing and the outdoors make up who I am as an artist and a person,” he once said in an interview with Western Shooting Journal. “It would be silly to try and hide or keep that from the public. I’m proud of my love for the outdoors and my true fans will appreciate that about me.”

With that said, however, I couldn’t help but notice the picture was missing from his Instagram page.. what gives Luke?! Maybe he’s one of those ‘stash and post later’ kind of guys..

You might recall the “One Margarita” singer’s hilarious reaction after shooting a monster buck with the Buck Commander crew a few years back, and like many of you, I’m dying to see a reaction video from this hunt!

Over the years, Luke Bryan and Cabela’s have struck up a nice little partnership. “My love for the outdoors is something that has been a part of me ever since I can remember,” he added. “It seems there was never a time when we weren’t hunting, fishing, farming or playing outside since I was very young. Teaming with Cabela’s is such a natural fit for me.”

With that partnership, Bryan was able to launch two clothing lines through the outdoor retailer. The first, HFE, was built around his hit track, ‘Huntin’ Fishin’ and Lovin’ Every Day.’ The HFE line features a number of shirts based around the theme of that song.

His most recent clothing line is called 32 Bridge, which happens to be the name of his downtown Nashville-based bar. The line features a variety of both t-shirts and hats. “This brand is so dear to me and such a big part of who I am that seeing it come to life is so exciting,” Bryan explained in a press release.

Items are available for purchase at select Cabela’s stores and on the company’s website.