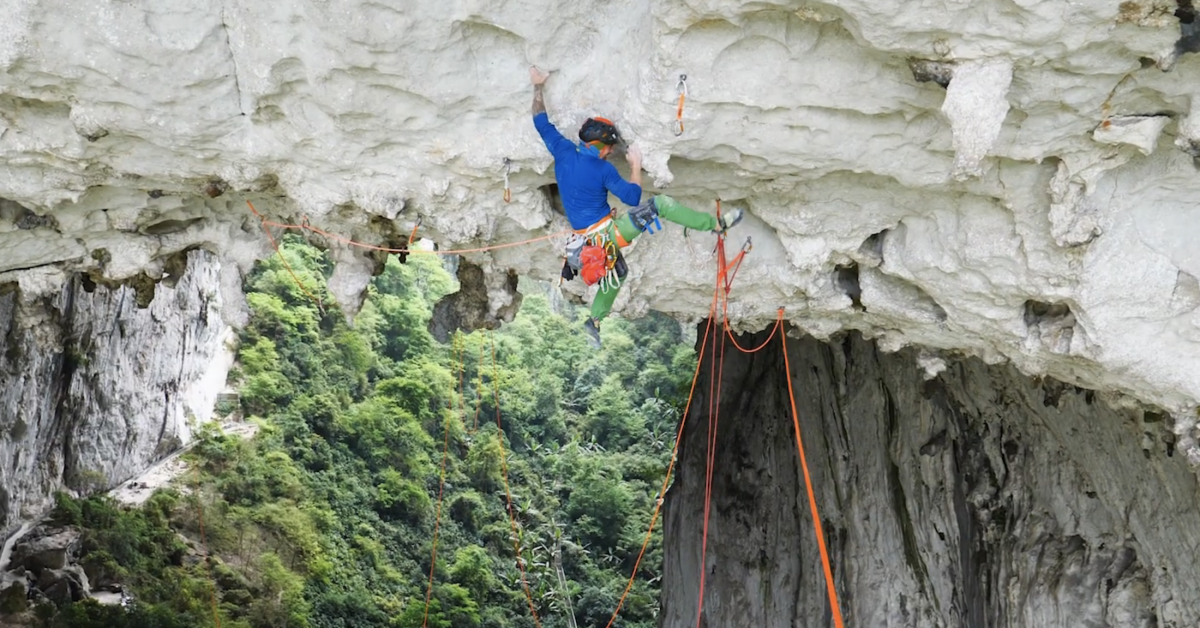 In spring 2019, Edu Marín accomplished what was thought to be the impossible: free climbing one of the longest, hardest routes in the world, all upside down. That’s right. Marín’s roof project was Valhalla, a 5.15a-grade climb that spans 450 m of rock over 14 pitches, most of which are “severely overhanging,” not to mention hard.

The film follows Marín, his father Francisco “Novato,” and his brother Álex as they embark on an uncertain adventure fueled by Marín’s dream to conquer the largest roof in the world. The great arch of Getu in China is the main scenery for Marín’s daring first ascent.

The sheer stats are wild: a 380m route, 50 days of bolting, 9 hours to redpoint. It all sounds impressive, but the story is even cooler in film.

This film, which premieres tonight at 8 p.m. MT, will only be available for 48 hours (October 2-4). Click here to learn how to watch (tickets start at $11). Included in the ticket price is the film screening, live chats with Edu Marín, bonus content, and a Q&A with Edu Marín and Chris Sharma. Sharma previously held the record for the longest overhanging roof climb.

The Petzl-sponsored film premiere is available in the U.S., Europe, and Australia.

Rock Climbing Unraveled: The Gear You Need to Get Started

Rock climbing is booming right now, and why not? It’s great exercise, fun, and social. Here’s the beginner rock climbing gear you need to get started. Read more…