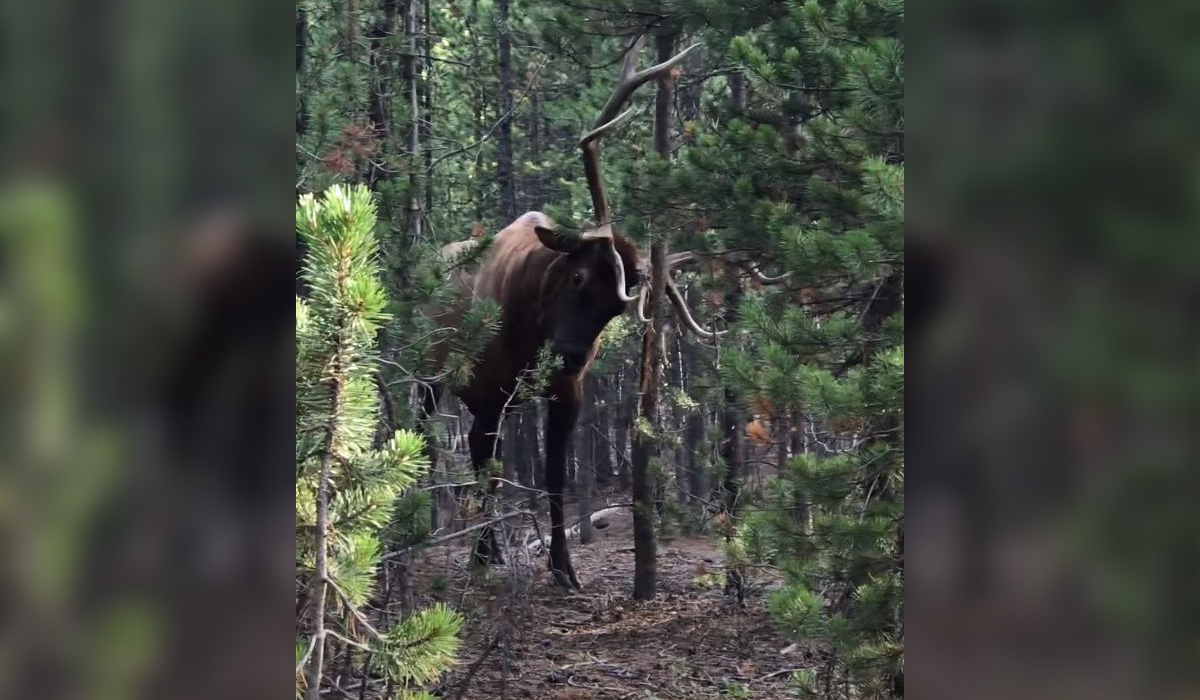 If you weren’t already itching to grab your bow and head for the mountains, this big bull elk rubbing his antlers against a tree ought to get you fired up.

This is one of the more mundane scenes we’ve covered from Yellowstone National Park in recent days, but it’s enough to get any elk hunter’s blood boiling!

For an elk hunter, a bull exhibiting this type of behavior means only one thing; The fall rutting season is near.

The act of rubbing their antlers on trees like this is a bull’s way of showing other elk who’s the man around town. In the coming months, a switch will be flipped and all the bull elk will suddenly go to war against one another to mate with as many cows as possible. By the time the rutting season is over, those antlers will likely have been involved in several elk vs elk battles to determine who’s the most dominate bull in the area.

Perhaps this fella is just trying to toughen up for the upcoming season.