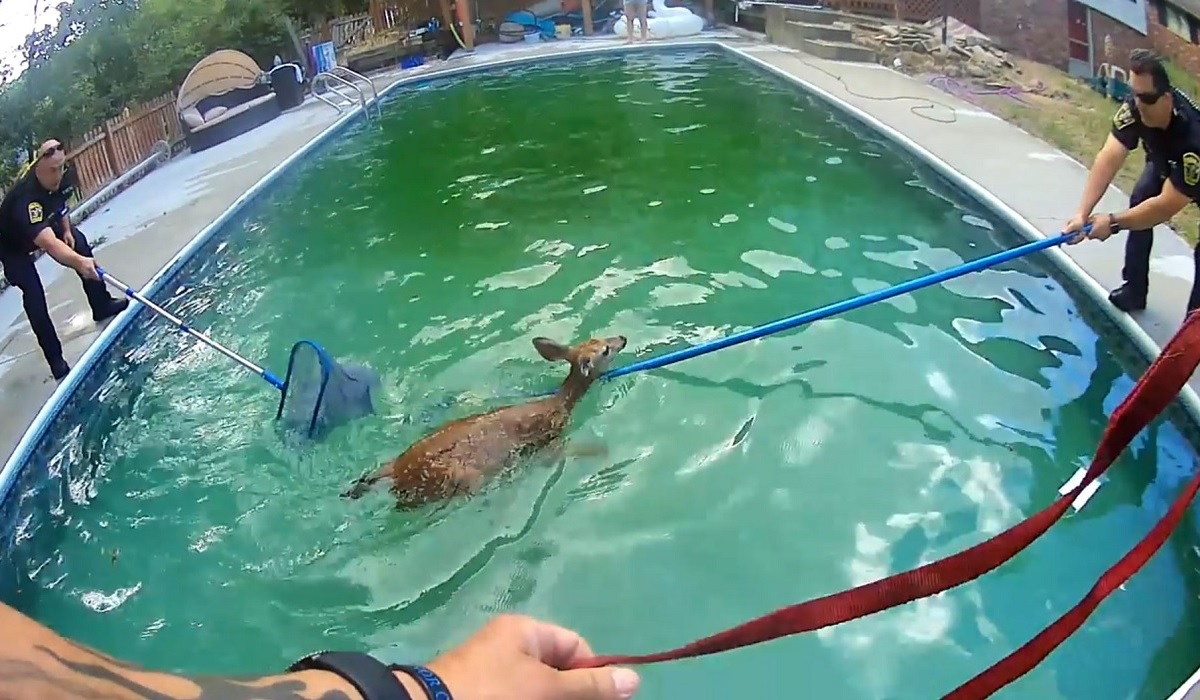 The archery whitetail season is right around the corner in Ohio, but these deer are soaking up every last bit of summer they possibly can.

Police in Parma, Ohio were called to a residence over the weekend with reports of two fawns stuck in a backyard swimming pool. The homeowner attempted to guide the frantic animals out of the in-ground pool on her own, police said, but ultimately had to call for backup. Footage from the officers body cameras shows how officers were able to wrangle the two fawns using a pool skimmer.

Way to think on your feet, officers!

According to the City of Parma Police Department’s Facebook post, the fawns were stuck in the pool for around an hour. “The deer were tired, but happy, as you can hear them let out a “cheer” of appreciation after being rescued!”

Fawns are typically born between the months of May and July after a mating period that starts in mid-October, according to the Ohio Department of Natural Resources. A doe can give birth to two or three fawns per litter. The fawns will eventually leave their mother after around 10-12 weeks.

Surprisingly, deer are actually pretty decent swimmers and there’s been several cases where they’ve been found swimming in the middle of lakes or even in the ocean. But given the fawns that fell into that pool on Sunday were just a few months old, they needed a little bit of help.