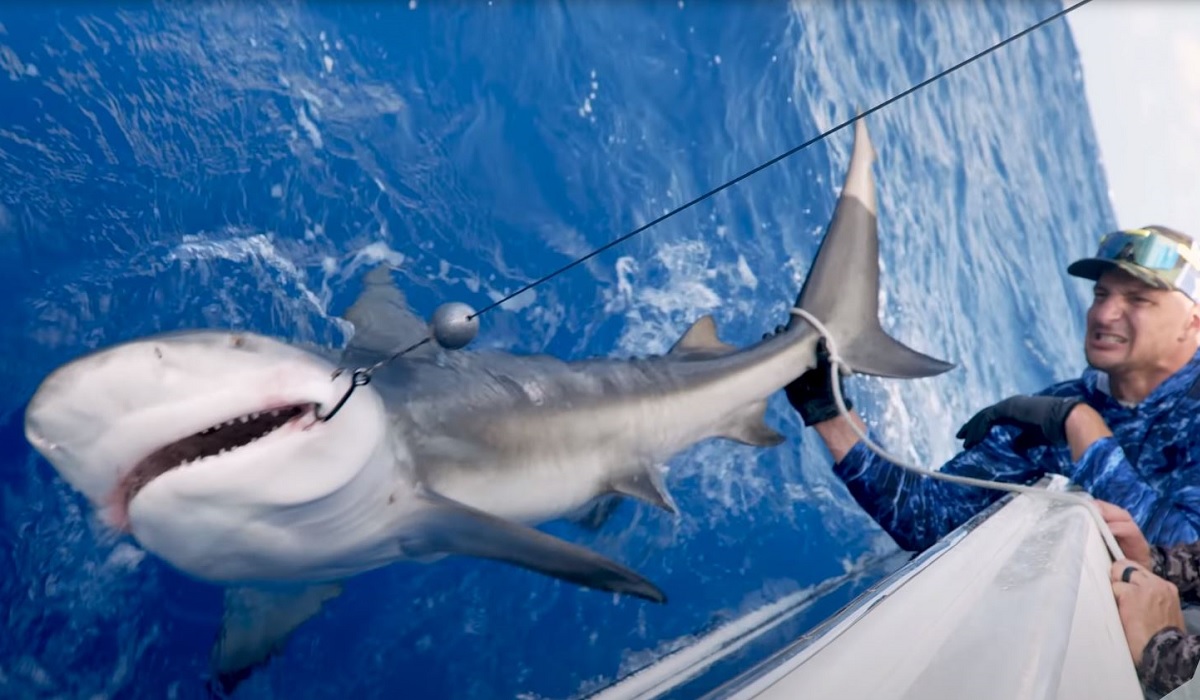 Rob Gronkowski appears to be adjusting to his new Florida lifestyle just fine. Which might not serve as a big surprise to those familiar with his typical antics, but nonetheless the star NFL tight end looked like a natural out on the water fishing with Josh Jorgensen of BlacktipH recently.

In case you aren’t up on your news around the NFL these days, Rob Gronkowski recently came out of retirement after just one year to join Tom Brady and the Tampa Bay Buccaneers for the upcoming season. And ever since he’s landed in Jorgensen’s stomping grounds, it was only a matter of time before we saw Gronk behind the reel going toe-to-toe with some giant fish.

So, Gronk and all his “bros” set out off the coast of Sarasota with the crew from BlacktipH hoping to hook up with a gargantuan Goliath Grouper.

Gronk got the party started (as expected) by reeling in a sizable Barracuda to start the day, which was eventually capped off after he caught a huge Bull Shark. Awesome stuff!

The Bucs have been in training camp preparing for the 2020 football season since the end of July, but you know how it is, sometimes you just need to take a day to go fishing! After all, the guy was retired for a whole year.

I wonder if a day like this has him second guessing his choice to play football again? Especially since the word on the street is the Florida heat has been ‘kicking his ass.’

For more videos of celebrities fishing with BlacktipH, follow this link here.