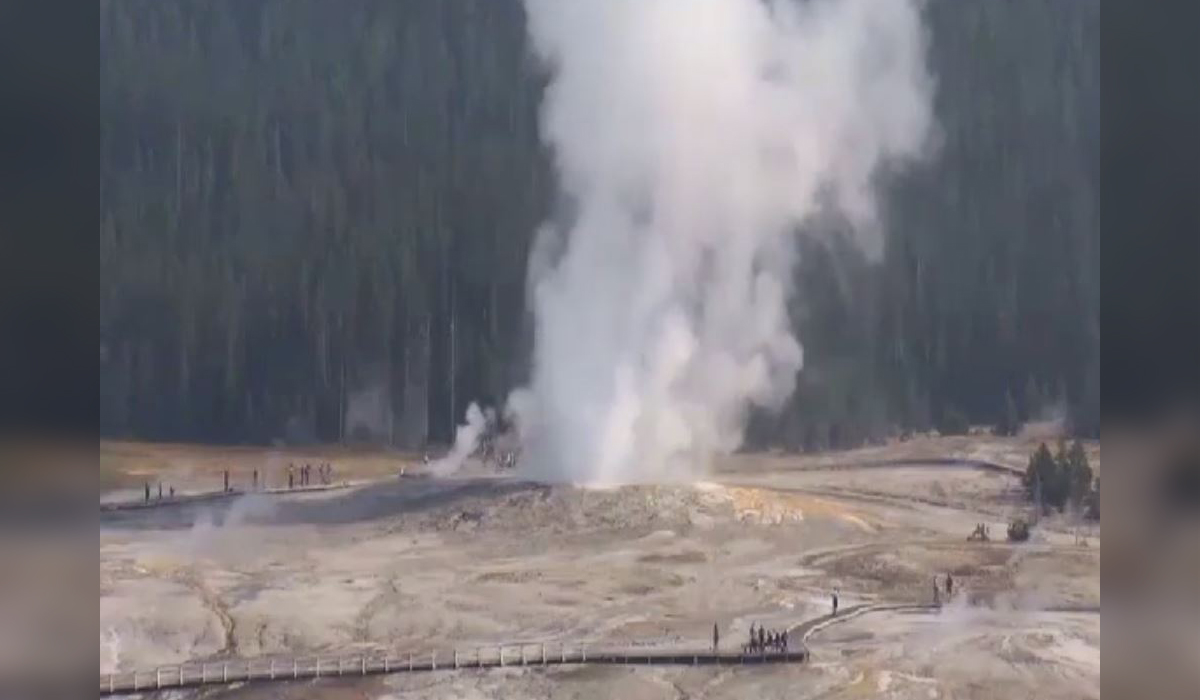 After more than six and a half years of silence, the Giantess Geyser inside Yellowstone National Park erupted once again early last week.

The national park explained in a statement how the Giantess Geyser – one of the park’s larger sized geysers – “roared back to life” after being dormant for so long. According to the park service website, “infrequent but violent” eruptions characterize the Giantess Geyser. An eruption from the massive formation can cause the surrounding area to shake from underground steam explosions moments before the initial eruptions.

When the geyser finally blows, it typically blasts a stream of boiling hot water 100-200 feet into the sky. These eruptions can occur at a pace of two ‘explosions’ per hour, and continue for anywhere between 4 to 48 hours, the NPS reports.

Footage of the geyser erupting as park visitors look on can be viewed below via the Yellowstone National Park Instagram:

The United States Geological Survey (USGS) said Saturday that the Giantess Geyser used to erupt more frequently in the past. This six-year gap between eruptions has been the longest since at least the 1980’s, but the geyser has experienced years-long dormant periods before as well, the agency said.

It used to erupt more frequently in the past. The 6-year gap between eruptions in the longest since at least the 80’s, but it has had years-long dormant periods before. Why geysers turn off and on is something that is not well understood. They are very fragile systems.