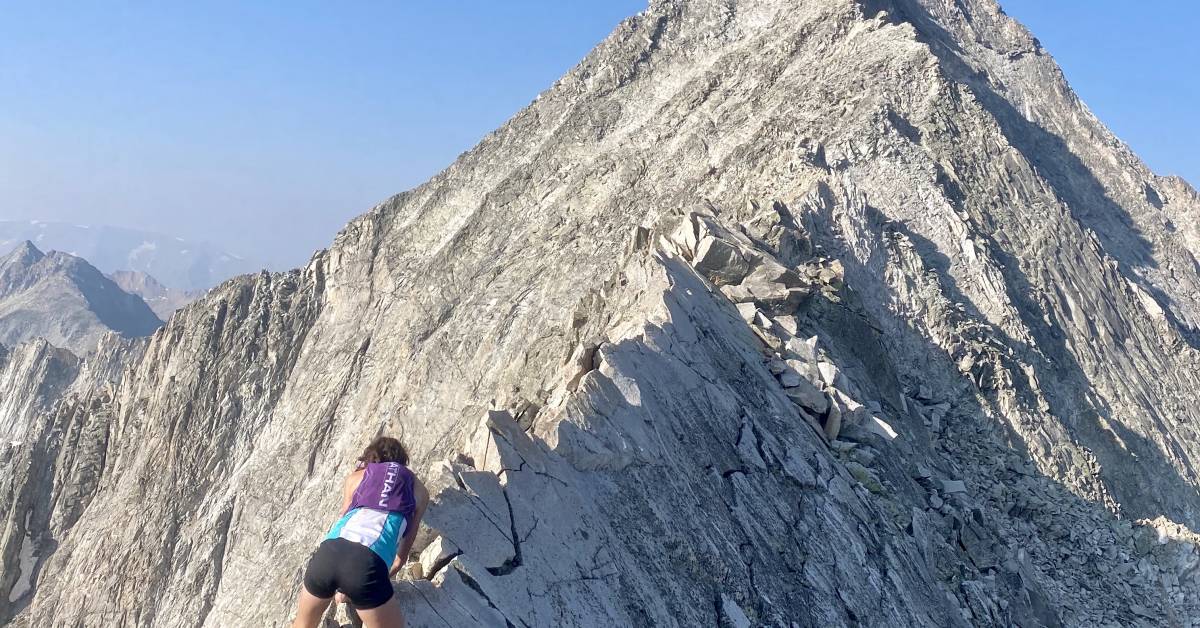 Running, speed mountaineering, and butt-scooting with purpose — this trail runner did it all to set the first women’s FKT on the iconic Colorado 14er.

Trail runner and podcast host Zoë Rom just completed a pretty impressive feat — climbing the class 4 14,000-foot Capitol Peak in west-central Colorado. And she did it for speed.

Rom completed the 17-mile route in 5 hours, 37 minutes, 23 seconds. According to the official Fastest Known Time website, that now stands as the first FKT by a woman on Capitol Peak.

“I’ve been interested in Capitol [Peak] since I moved to the Roaring Fork Valley 2 years ago,” Rom told us. Before this FKT attempt, Rom had climbed Capitol Peak three times. But while “peak bagging” in Colorado is a popular pastime, Capitol isn’t like other 14ers.

At least nine climbers have died on this peak’s technical terrain since 2000, with five deaths alone in 2017. Capitol is home to the Knife Edge, a narrow ridge with steep, sheer drops on either side that requires a slow pace and careful concentration. It’s not for the faint of heart.

“I had spent a lot of this year training for the Leadville 100, and when that was canceled, I started spending a lot of weekends camping out and running 14ers,” Rom said. “I definitely approached Capitol from a speed-mountaineering perspective — because class 4 terrain isn’t, at least in my book, runnable.”

While we’d agree the Knife Edge is definitely not “runnable” terrain, lots of the approach and the lower sections of the mountain are. Of course, there’s also 5,000 feet in elevation gain. So Rom set her sights on going for speed. 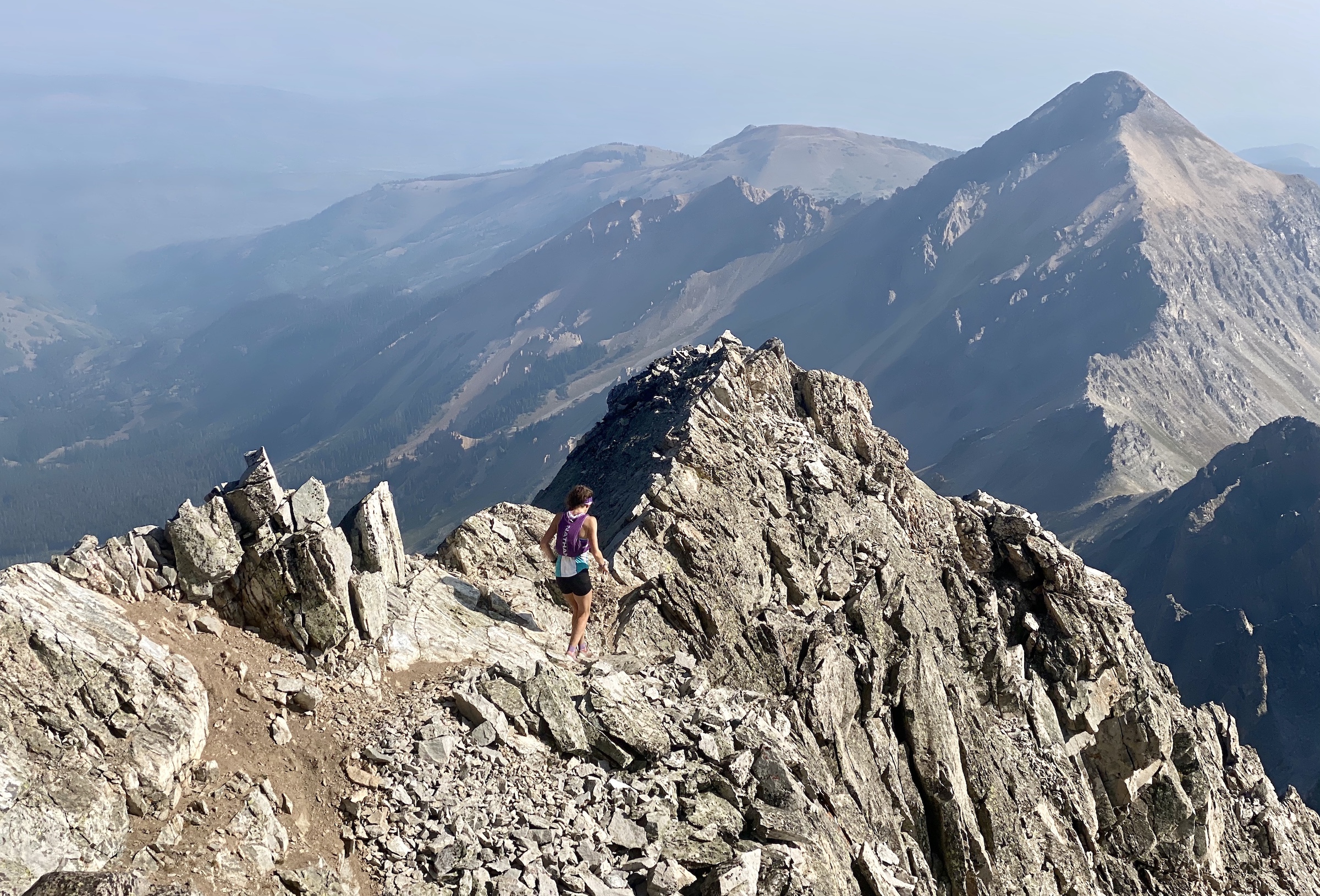 Besides enjoying a challenge, Rom had other inspiration for testing her limits on Capitol. “I’ve been really inspired by a lot of women’s FKTs this summer, and being able to throw down a fast time on Capitol is a dream come true,” she told us. Her other goal for the attempt was to move through the terrain as “elegantly as possible.”

On terrain like this, that means lots of fast scrambling and “power-scooting.”