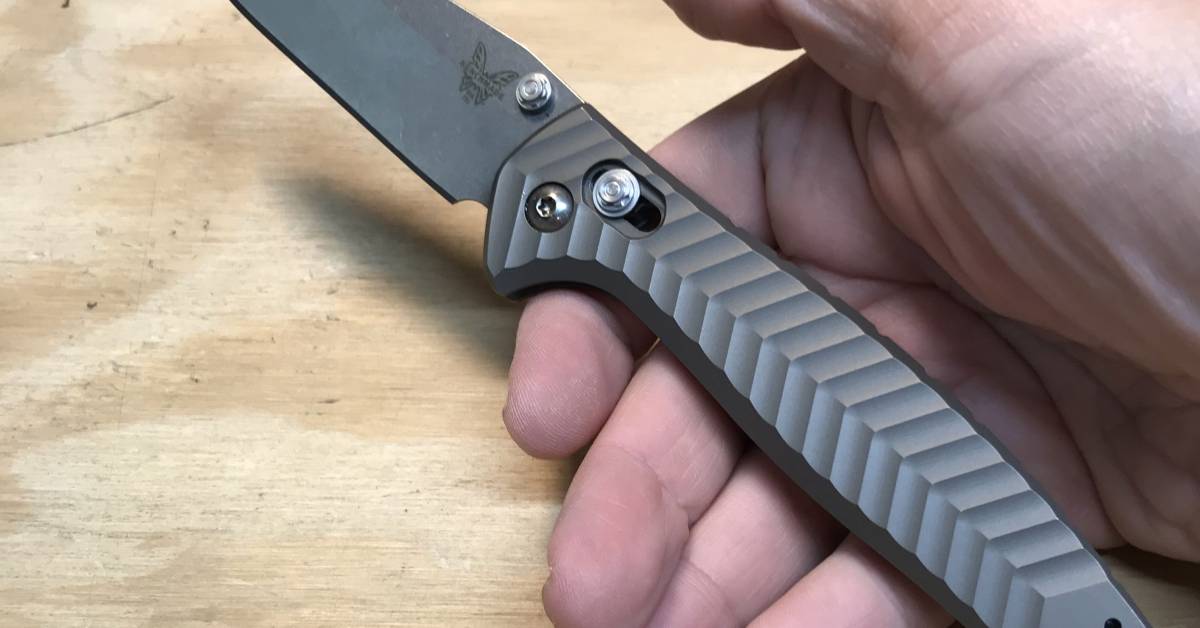 Folding knife construction has largely gone unchanged since the late 18th century. But recent advances have changed this mainstay — sometimes for the better, sometimes not. Here’s how integral folding knives stack up.

A basic folding knife has a pivot, a blade, a blade channel, and two handle pieces on either side of the blade, all held together by fasteners. Knifemakers have made only some small modifications to this basic folding knife design over the years. They include different locks, different opening mechanisms, and standoffs (pillars that allow dirt and debris to flow through the blade channel instead of getting lodged against a solid backspacer). But that’s about it.

That is, until about 15 years ago when things began to change. Machining abilities expanded, and the public’s willingness to pay high prices for both custom and production knives increased.

We have witnessed a fundamentally different way of making a folding knife: the integral.

What Is an Integral Folding Knife?

Integral folding knives have a handle made of a single piece of material, usually titanium or aluminum. The blade channel is cut into the large chunk of material, and the hardware is inserted using creative techniques and specifically ordered stacks.

To see a bunch of integral designs, check out some from the brand LionSteel here.

Now, let’s break down the benefits and drawbacks of integral folders. 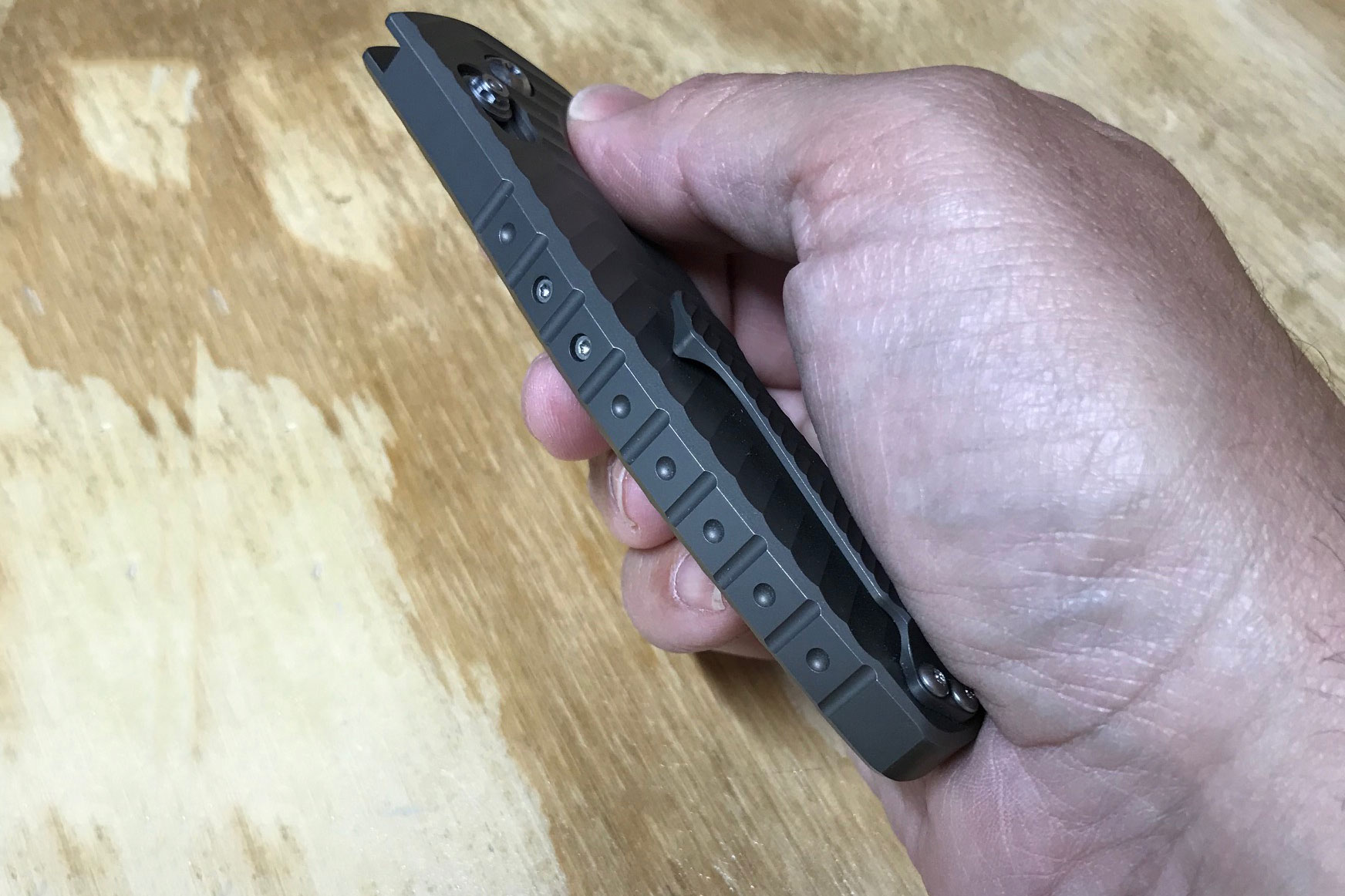 Rise of the Integral Folder Design

Custom makers like Peter Rassenti, Scott Cook, and Michael Raymond have all become famous for their integral designs. The Cook Lochsa, in particular, stands as a singular design: simple, effective, and striking. These knives all start at more than $1,000 and go up in price quickly. A fully decked-out Raymond can easily sell for many thousands of dollars directly from the maker, and even more on the secondary market.

But in the past 5 years, integrals have made their way into the production market.

LionSteel pioneered the integral production with the release of a series of knives under its own label and in conjunction with DPx Gear. The Acculus was in this first generation of production integrals, and it remains a beautiful blade.

Now, Benchmade, Spyderco, Reate, and WE Knives all make integrals. WE even make a sub-2.5-inch integral called the Anodyne. The question is whether this is just a trend or if it holds real benefits.

Pros of an Integral Folder

Integrals definitely feel more solid in the hand with no handle flex or movement. They also require less maintenance, as there are fewer moving parts. Finally, and the most important for me, they offer much thinner profiles.

While traditionally constructed knives achieve solidity through bulk and layering of materials, integrals are rigid by nature. Thus, they can get thinner (and lighter) without really affecting their strength.

The Benchmade Anthem (shown at the top of this article), for example, is just as rigid, if not more so, than the Mini Grip. Yet it’s probably one-third thinner. If you need a compact and solid folder, you’ll have a hard time finding a traditionally built folder better than an integral.

Cons of an Integral Folder

First, and most obvious, is the increased cost. Because integral folders are more time- and labor-intensive to machine, they’re always more expensive than traditional folders using the same materials. For example, the Benchmade Anthem and Monolock are similar in size and materials, but the Anthem costs roughly $200 more.

Second, Integrals aren’t the easiest knives to work on. Unlike a traditionally built knife, you can’t simply unscrew them apart. You will also have a difficult time once the knife is disassembled, as many times you have to work inside the blade channel itself.

12 Best Hunting Knives for Any Budget

From $12 to $300, these are the best hunting knives designed for field dressing game. Read more…

Third, almost all integrals are framelocks, which, given the method of construction, are much easier to implement. Benchmade’s integral has an Axis Lock (with a new internal design), and LionSteel used to make a few lockbacks, but they’re out of production now.

Finally, right now, the trend is to make very big knives into integrals. So generally, they are heavier and larger than their traditional-construction counterparts. That last con isn’t inherent in the design but related to the perception of high-priced small knives.

If you have the means, buying a custom integral is a great choice. A Cook Lochsa might be the most desirable folder on the planet under $10,000, and it feels amazing in the hand.

If you have a more sane budget, Spyderco’s Paysan is a good design by Peter Rassenti, and the Benchmade Anthem is a fantastic interpretation of the Axis Lock. The aforementioned WE Knives Anodyne, which is available but out of production, is a great small and comparatively inexpensive integral at around $240.