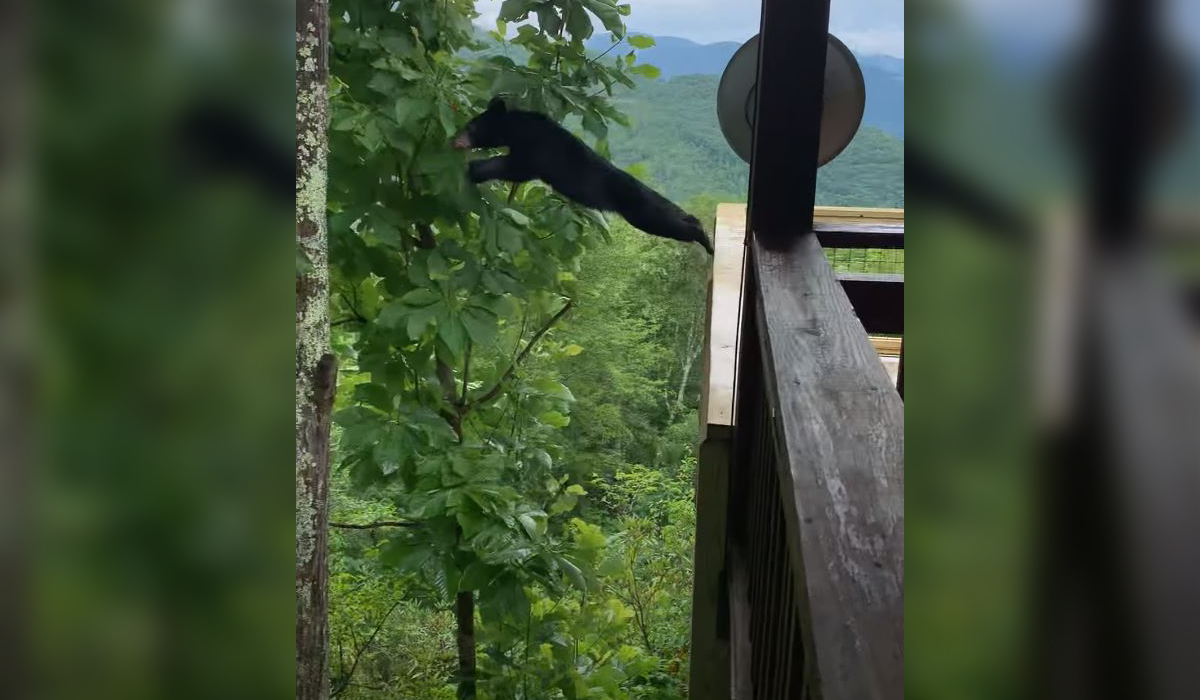 A North Carolina resident captured a black bear cub on video as it scaled up the deck of a residence, balanced on the railing like a gymnast, and then jumped to a nearby tree before scurrying down and running off.

According to Charlotte Observer, Melissa Howell was the person recording the incredible moment, which was filmed on August 10.

I’ve actually witnessed bear cubs in the woods once while I was deer hunting, and couldn’t believe how nimble – yet clumsy – they are. The one thing I did notice, though, is how bold they are. Constantly testing one another, and even pushing their mother’s buttons as if to see how where they stood in the pecking order.

With that said, this bear’s now viral leap may be surprising to some, but if you’ve spent any time in the bear woods, you know just how brave these little bear cubs can be.