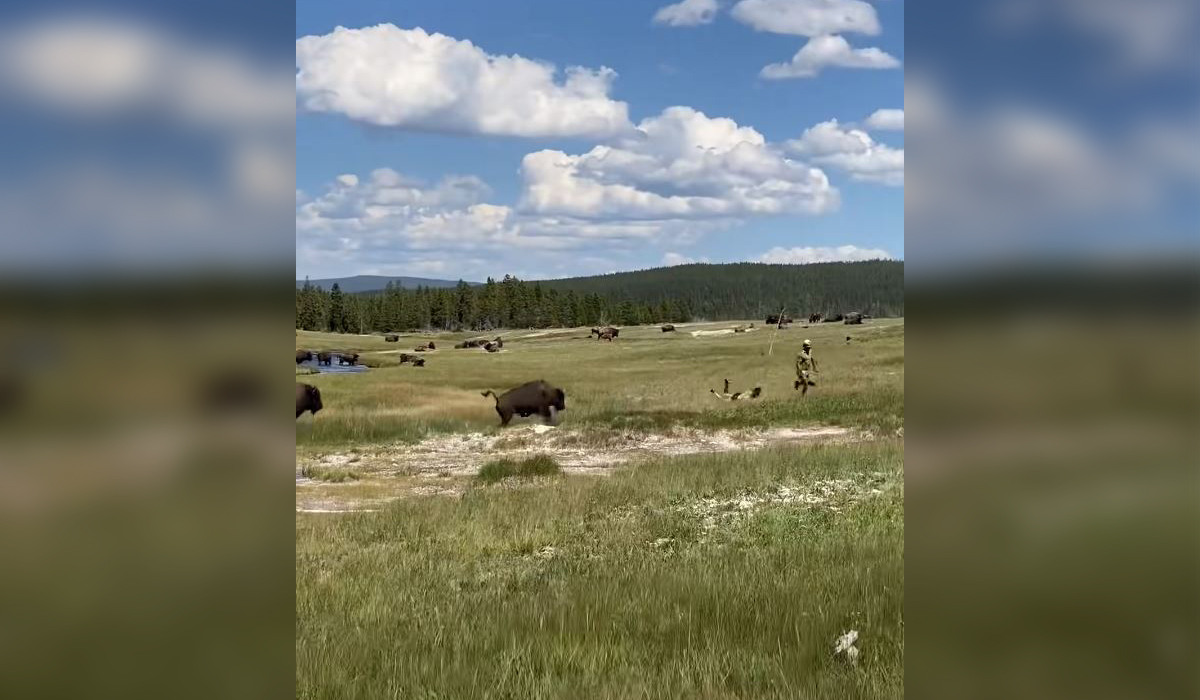 A cell phone video caught the heart-stopping moment when two visitors were charged by a pair of bison in Yellowstone National Park and one was forced to play dead.

In the terrifying clip – which was shared on YouTube in July and has since racked up over 2 million views – two bison are seen trotting together with some kind of purpose, before one kicks into another gear and charges two guests who are running for their lives. One of them escapes, but the other appears to trip and fall to the ground with the bison right on her tracks.

The other visitors who were witnessing this all go down can be heard shrieking in terror as the bison nearly tramples the guest to death, but some quick thinking kept the woman alive.

You can see in the video, the moment the girl hits the ground she doesn’t make another move and this likely saved her life. Bystanders watching begin screaming for the guest to “play dead” as the bison stands over her and sniffs her for several seconds, until eventually carrying on with its day. The guest then stands up and calmly walks away with her friend. You know, the one who took off and left her behind.

The woman did not suffer any injuries, and according to KRTV, she’s a Montana local and knew exactly what she was doing.

The incident reportedly occurred at Nez Perce Creek. No further information was released, such as whether the guests strayed from a trail and got too close to the bison or not.

Park officials remind that the animals in Yellowstone National Park are wild and the standard protocol is to stay at least 25 yards away from all large animals – bison, elk, bighorn sheep, deer, moose, and coyotes – and no closer than 100 yards from bears and wolves.

Bison are the largest mammals in North America. The males can weigh upwards of 2,000 pounds and stand up to six-feet tall, according to the Department of Interior.

And as you just saw, they can still move at a pretty decent clip despite their massive build!