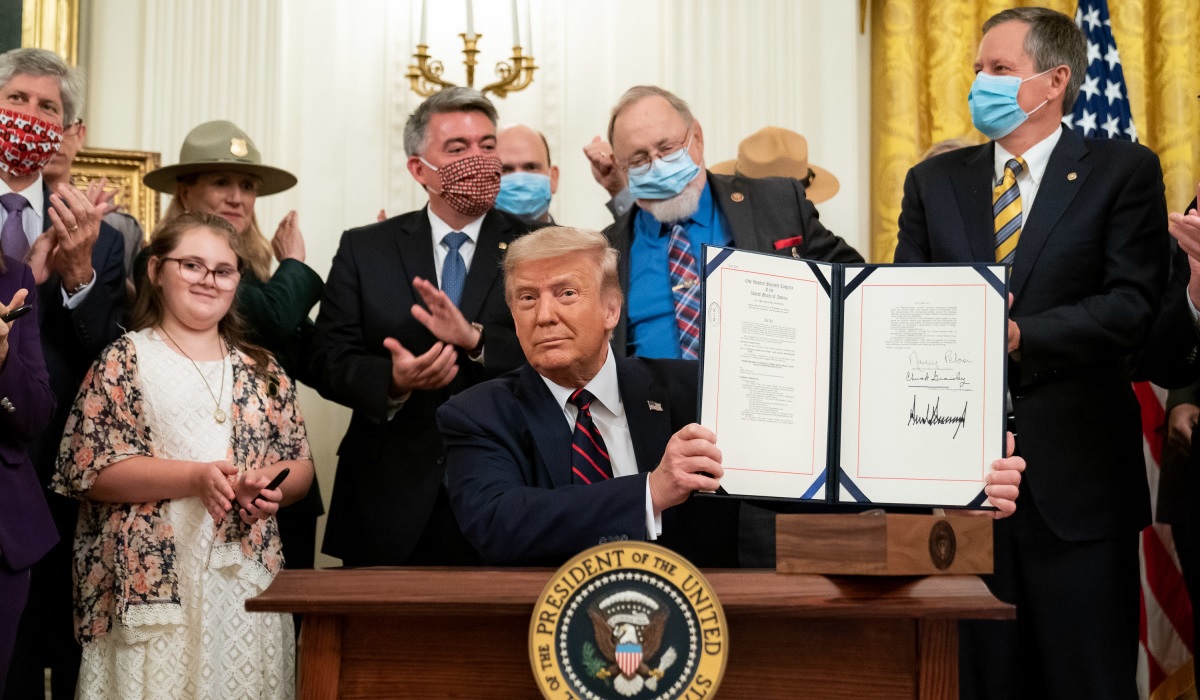 Fellow outdoorsmen and women across the United States have been celebrating the recent passage of the Great American Outdoors act. This legislation is so important for public lands and waters, and there’s a good chance anyone alive today would be lucky to see another moment as big as this for our outdoor spaces.

Here’s the top reasons The Great American Outdoors Act is so important for hunters, anglers, conservationists and public lands lovers across the country:

While the National Park Service will receive $6.5 billion in funding, the Congressional Sportsmen’s Foundation (CSF) led a successful effort to secure the inclusion of $3 billion to repair and maintain public land infrastructure overseen by the Bureau of Land Management (BLM), U.S. Fish and Wildlife Service (USFWS), and U.S. Forest Service (USFS), which provides critically important recreational opportunities for America’s sportsmen and women.

“The Congressional Sportsmen’s Foundation applauds Senate passage of the Great American Outdoors Act. Today’s vote demonstrates the bipartisan support for advancing conservation and increasing access for hunters and anglers,” said CSF President Jeff Crane. “When signed into law, this bill will provide much needed support for public lands and waters and boost the already formidable outdoor economy. CSF extends our sincere thanks to the Senate Congressional Sportsmen’s Caucus (CSC) members that voted to support these priorities.”

The LWCF is one of the most successful and influential conservation programs in our nation’s history. It was originally established by Congress in 1964 to reinvest royalties from offshore oil and gas development into public access and recreation. That money has since supported some 40,000 conservation, recreation, or access projects in every single county in the country.

According to CSF, America’s BLM, USFWS, and USFS public lands annually support more than 25 million hunting days and nearly 45 million fishing days. This highlights the importance of these lands for America’s sportsmen and women as well as the outdoor economy. Addressing the maintenance backlog this act is said to clear up is going to be a great economic stimulus, with an anticipated 100,000 new employment opportunities.

“The National Wild Turkey Federation (NWTF) was instrumental in ensuring our National Forests, which were not eligible in the original bill, were included and will receive 15% of the annual deposits,” said Joel Pedersen, NWTF’s Director of Government Affairs. “This could mean up to $285 million annually for improving infrastructure on national forests.”

“Easy access to the outdoors is important to the health and spirit of Americans, and this action will allow improvements to roads and other points of access,” added NWTF CEO Becky Humphries. “Ensuring permanent backing by Congress and providing dedicated funding to ease the backlog of much-needed infrastructure improvements is a bright light in an otherwise dark time in our history.”

Ducks Unlimited (DU) was another critical voice in support of the Act.

“A surge in visitors to America’s public lands through the years has led to an accumulation of wear and tear,” said DU CEO Adam Putnam. “Especially in these difficult times, many have sought refuge and recreation on our nation’s extraordinary natural landscapes. The Great American Outdoors Act will enable Americans to continue enjoying the great outdoors by ensuring our public lands are a safe and suitable place for all varieties of responsible recreation.”