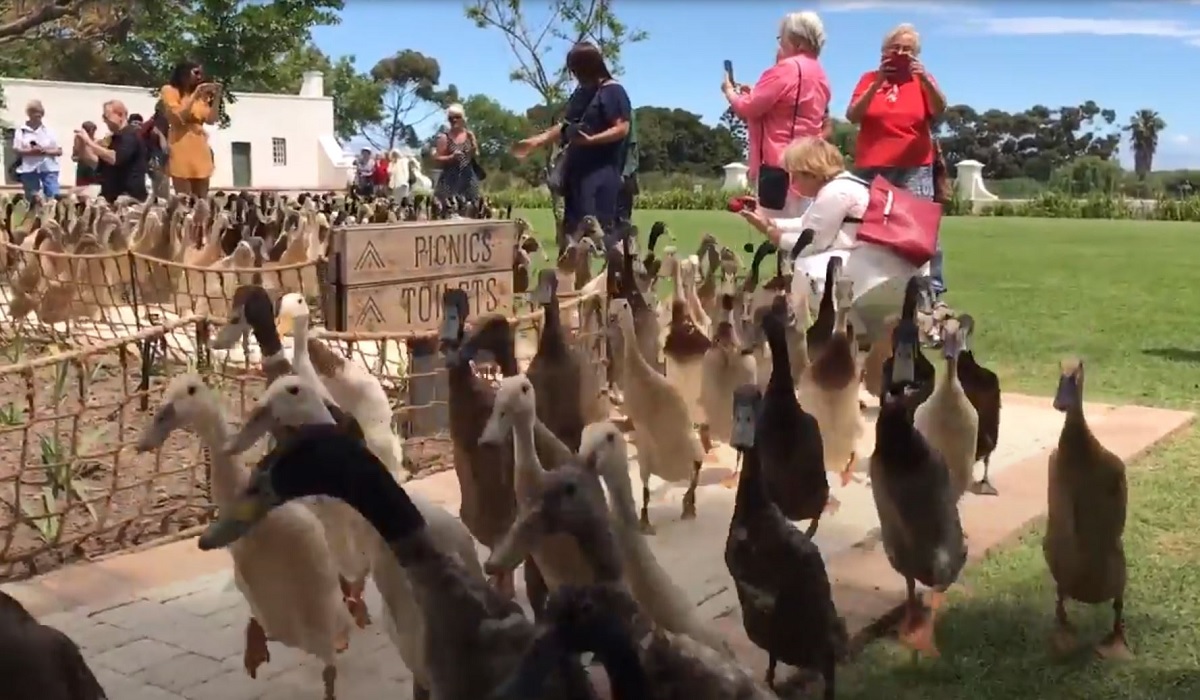 Did you know there’s a winery in Cape Town where you can eat cheese, drink wine and watch ducks on parade? No, I’m serious!

At Vergenoegd Löw Wine Estate, which is located in South Africa, they use thousands of Indian Runner ducks as “natural pest control.” According to Atlas Obscura, Gavin Moyes – the estate’s tasting room manager and enthusiastic colleague to nearly 2,000 ducks – said Vergenoegd has been working to refine their approach to eco-friendly pest control, biodiversity and sustainability since 1983. The vineyard originally started with chickens, but found they weren’t so efficient. So they ’employed’ an army of Indian Runner ducks, who Moyes says they “love eating snails and mosquito larvae, and when they defecate in the field, their dung helps our vines grow.”

Moyes goes on in the article to explain how the ducks follow a daily routine of waddling out of bed around seven in the morning. They then march off to work at 10:30 a.m. and eat as many snails and pests they can find until the end of the day, and they’re home by 4 p.m. Not a bad gig.

They even get annual leave every year during harvest time so they don’t chow down all the delicious grapes instead of the snails. But being creatures of habit, the ducks still go on parade even when on leave.