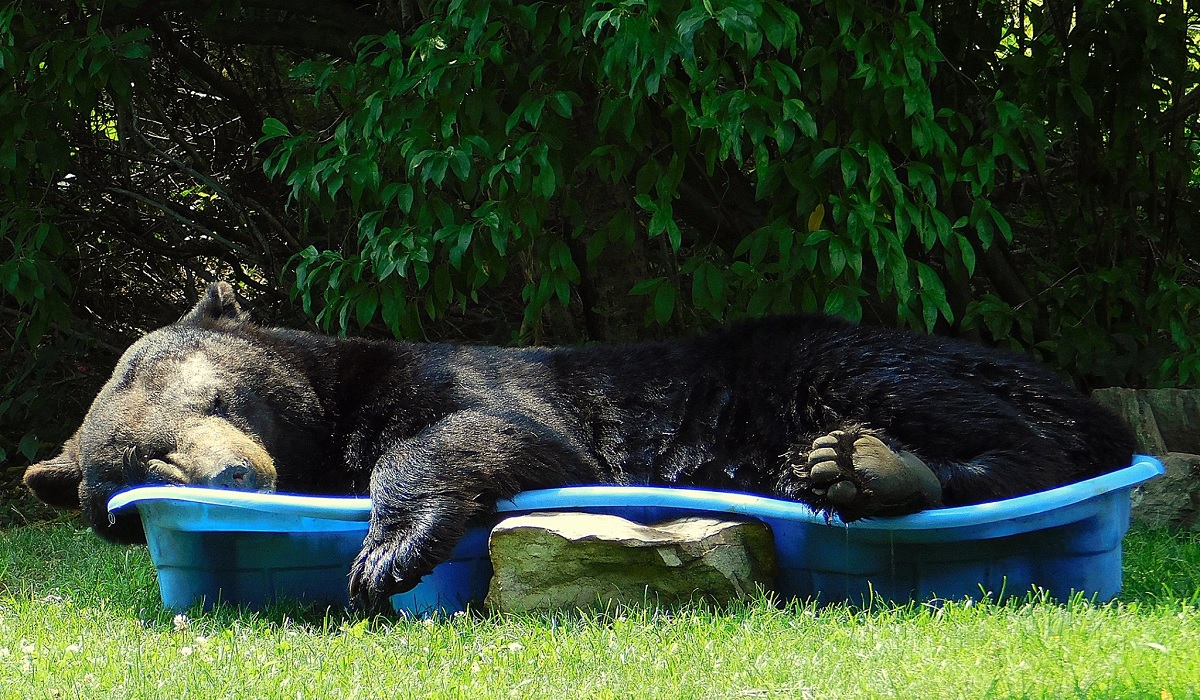 A woman in northern Virginia had a surprise visitor to her backyard pool over the weekend, and her photos are quickly going viral.

It was a particularly hot day in Virginia, and Regina Keller was reportedly outside watering plants when a large black bear suddenly sauntered into her yard. According to Fox23, Keller lives in close proximity to George Washington National Forest – an area that holds a wide range of wildlife. She said seeing fox, deer and bears is pretty standard for where she lives, but this was the biggest bear she’s seen this year.

And it was about to take a dip in the kiddie pool setup in her yard!

“We definitely need a bigger pool,” she wrote in the video’s caption on Facebook:

Keller said she observed the massive animal for almost an hour. With temperatures getting up into the upper 90’s on that day, she said once the bear was situated in the pool, he seemed “content and refreshed.”

This bear has got the right idea!

Now and then, everyone needs to slow their roll and soak up some sun, and this bear is one big summer mood.