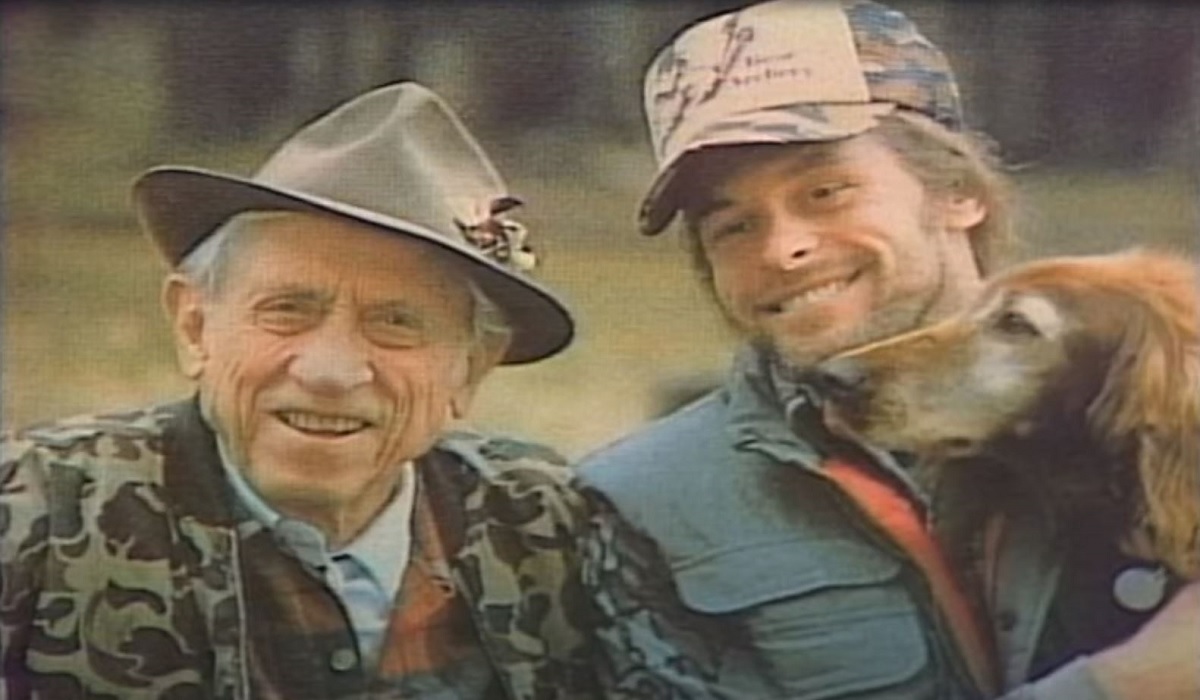 When I was younger, I remember riding shotgun in my dad’s truck while heading out to go hunting super early in the morning. We were racing the sunrise, and Ted Nugent’s ‘Fred Bear’ was our go-to song of choice when we hit our exit – we had it timed pretty good to where the song would end right as we were pulling into my uncle’s house where we would be hunting.

Now, years later, I find it amazing how many people share a similar memory of heading out to go hunt with their dads with the same song blaring out of the speakers. There’s just something about that song that puts you in the right state of mind to go hunting, am I right?

So have you ever wondered HOW Ted Nugent came up with the song ‘Fred Bear’?

There’s plenty of theories out there, but we dug up this old clip from Mike Avery’s Outdoor Magazine TV Show which features Ted Nugent as he explains how the iconic hunting song seemingly came out of nowhere.

At the 3:15 mark, the video includes rare vintage footage of Fred Bear which was recorded shortly before his death. Talk about goosebumps!

While writing this article, I actually came across the full-length interview from back in 1985 between Fred Bear and Mike Avery, of Avery Outdoor Outdoor Enterprises, LLC. The short conversation is one that has not been seen by many, but shows just how humble Mr. Bear was.

If you’re like me and this song has made a lasting impression on you – and every time you go hunting – you’ll want to sit down and watch this fascinating interview with a legendary bowhunter!