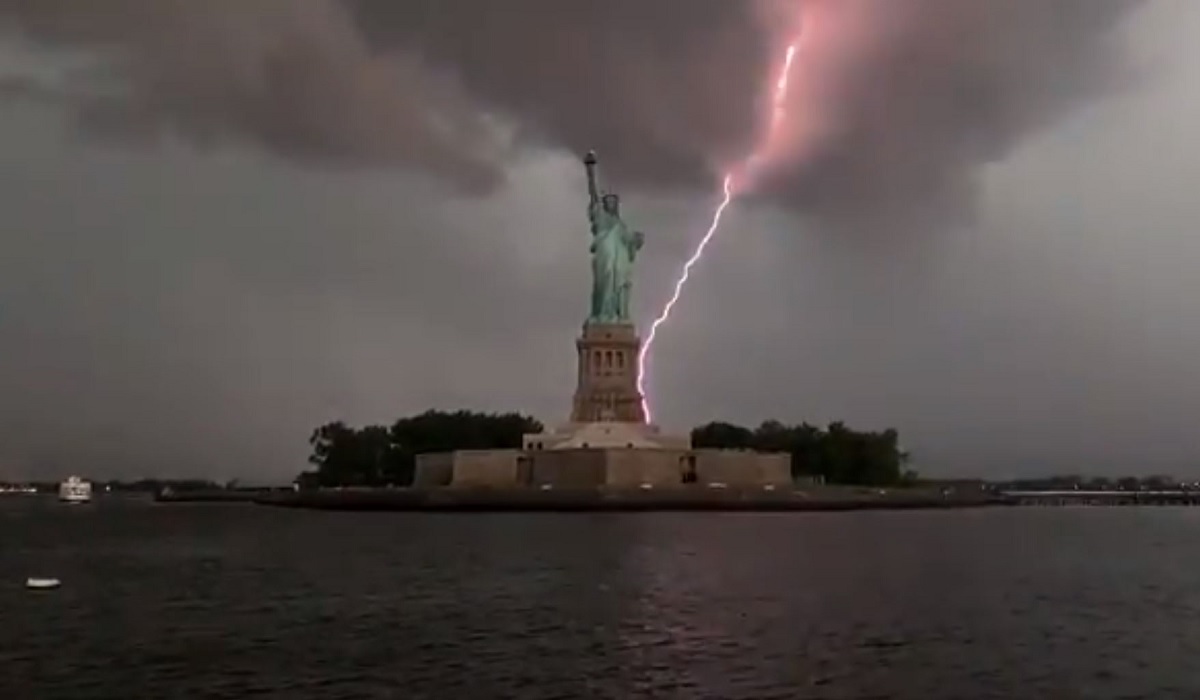 The 21-second clip shows a menacing looking cloud form above the Statue of Liberty, when a huge blast of lighting flashes in the sky just above her head. Not one, not two, but FOUR bolts of lighting appear to hit Lady Liberty in dramatic, and rapid succession.

The dramatic video was recorded by Twitter user Mikey Cee, who shot the scene from a pier on Ellis Island.

The best video I ever captured. #NewYork #WeatherChannel #NYC pic.twitter.com/cOBqTqJ9LO

As I type this article the tweet has received 98.5K Likes and 31.3K Retweets, and inspired plenty of reactions on Twitter:

Next thing you know…. pic.twitter.com/BEymXKEscI

Any other year this is cool. In 2020 it just comes off as particularly ominous.

It’s pretty easy to figure out who is responsible for this high voltage attack on lady liberty… pic.twitter.com/0nEiobMKpn

I assume it gets hit pretty often.

After all, it’s a big lump of copper sticking up in an open area.

It really is just a decorative lightening rod.

According to the NPS, the Statue gets nailed by lightning several times a year despite the massive concrete and granite base she stands on. How often is not known, but the Statue’s height and the conductive material she’s made of – copper – makes it a structure of choice for lightning strikes.