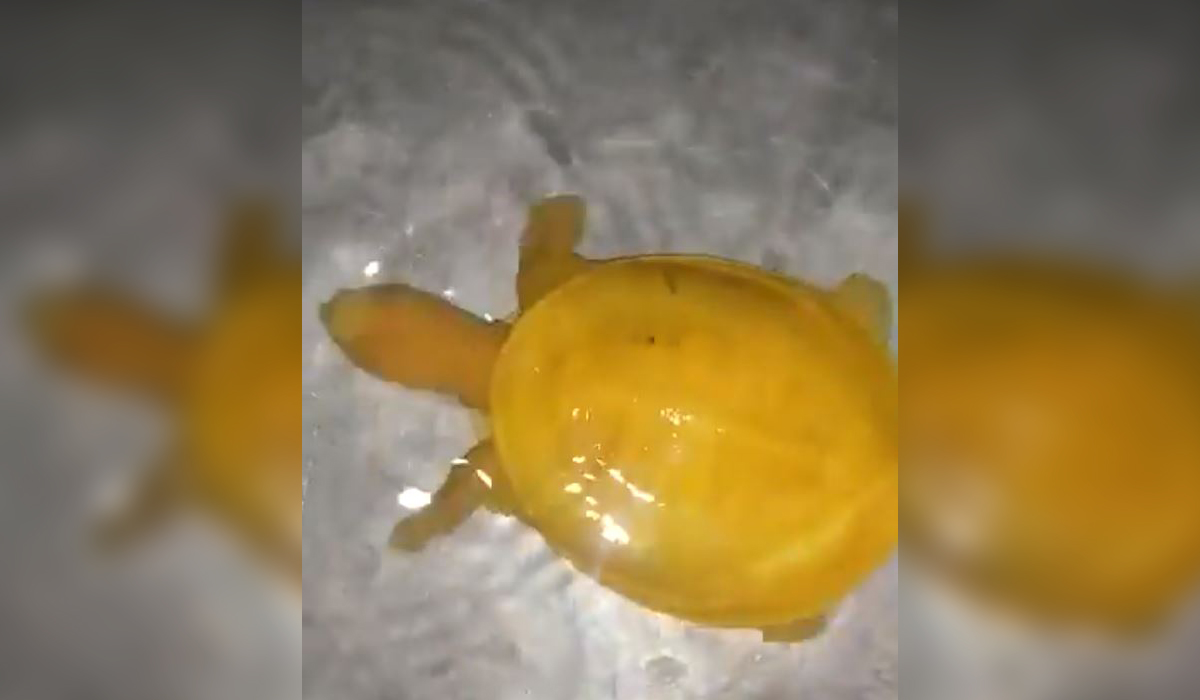 After a truly bizarre and rare turtle with a yellow shell was caught on camera by residents of a village in India, wildlife officials say it could be the first of its kind to be rescued.

The rare find was discovered by locals from the Odisha’s Balasore district on Sunday, ABC 13 reports.

Susanta Nanda, a wildlife officer with the Indian Forest Service (IFS), shared video of the unique turtle on Twitter, saying “most probably it was an albino.” You can see in the video the turtle has pink eyes, which is a strong indicator of albinism.

Most probably it was an albino. One such aberration was recorded by locals in Sindh few years back. pic.twitter.com/ZHAN8bVccU

“The whole shell and the body of the rescued turtle is yellow. This is a rare turtle, I have never seen one like this,” Acharya explained to ANI News.