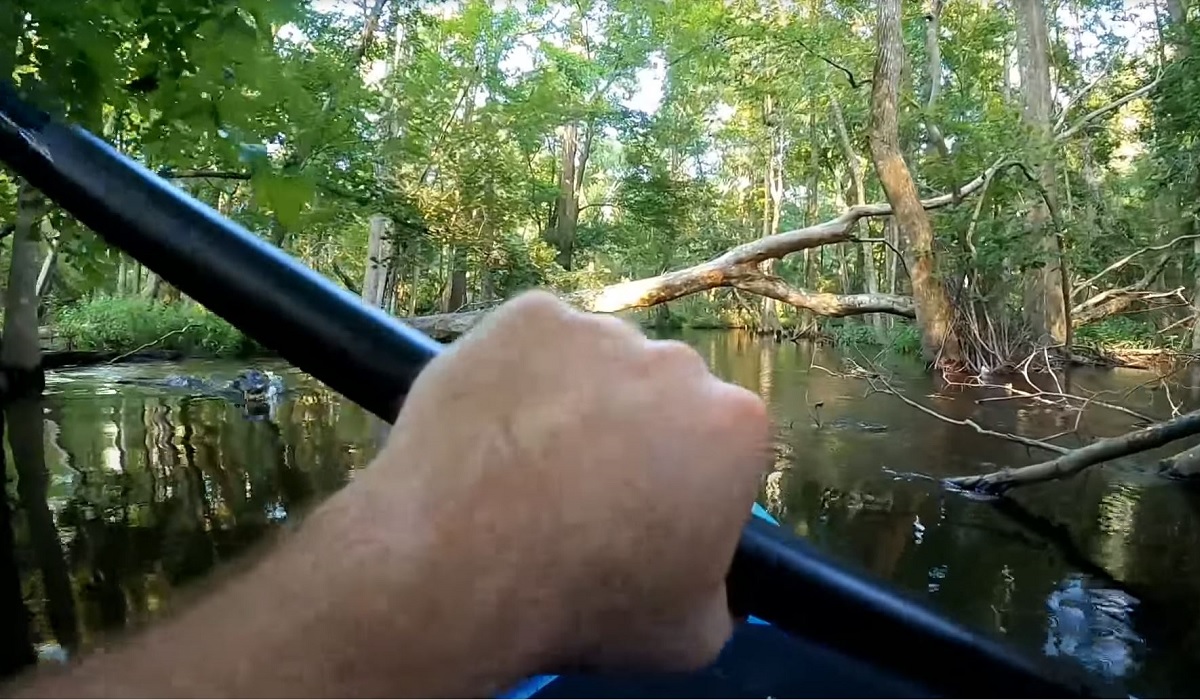 A North Carolina man went kayaking on Waccamaw River over the weekend when he had a scary run-in with a very territorial alligator.

ABC11 says Peter Joyce slipped his kayak into Lake Waccamaw on Sunday with plans for a relaxing paddle on the river. And that’s exactly how it started out. Until an alligator torpedoed itself at Joyce with enough force to roll the kayak and nearly send Joyce swimming!

“While paddling the upper Waccamaw in N.C. I received a warm welcome from the wildlife, he wrote in the video description on YouTube.

Here’s what Joyce said after the incident according to ABC11:

“I thought I heard of fish jump to my left,” Joyce said. “Turned out not to be a fish. About 3 feet from the kayak I made out the head of the gator and that was it. I had no time to react.”

There’s no way to know for sure, but I would bet this was a female alligator and she was probably protecting a nest somewhere close. Joyce said this wasn’t the first time he saw an alligator while kayaking, however it was the first time one has ever tried to flip him over.

“My mind was playing catch-up at that point,” he added. “Basically, when I made out the head toward the front end of the kayak it was kind of just a state of shock. As soon as it hit the kayak and went under I was like, ‘what just happened?’”

Reflecting on the scary encounter, Joyce says it has given him a newfound respect for the power these reptiles hold.

“You know, usually they would make a splash or they would move and make a ruckus in the water,” Joyce said. “But this was a continuous charge from about 20 feet away. So it definitely made me think a little bit differently about what their capabilities are.”