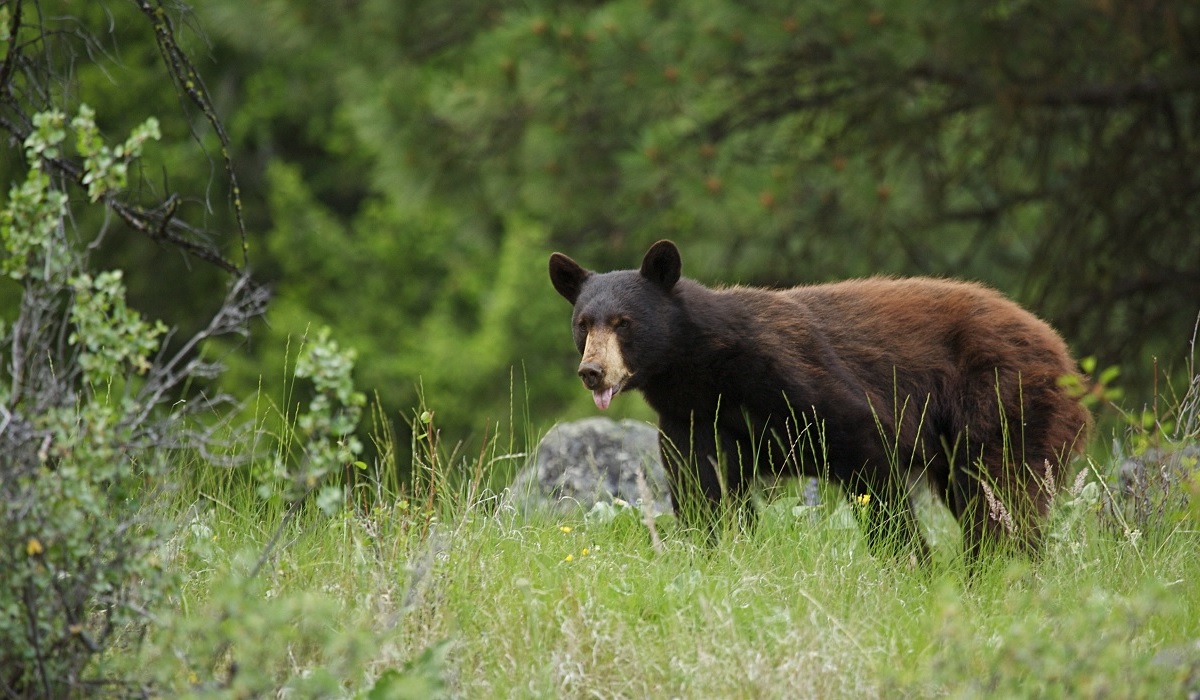 A Colorado black bear on a mission to find a midnight snack turned into a breaking and entering situation, and left a man from Ohio with a gnarly claw wound on his face. The man later said he feels lucky to be alive..

Dave Chernosky, 54, appeared on ‘Good Morning America’ to tell the gripping story, which started when Dave began hearing strange sounds coming from the kitchen around 1:30 a.m.

“I was asleep and heard something in the kitchen. And I just kind of laid there thinking, ‘Okay, something’s wrong,” Chernosky said on GMA. “So I went to the kitchen and saw [the bear] in there. He was already in the fridge and cupboards and stuff like that.” Chernosky went on to explain how he and his two kids were vacationing from Ohio staying at a friend’s house, and that he was aware they were in the basement at the time he confronted the bear.

“I wanted to make sure [the bear] stayed upstairs,” said Chernosky, who described the bear as dark brown and guessed it was between 400-450 pounds.

Working quickly, and fueled by adrenaline, Chernosky began making loud sounds to lure the bear out of the house and into the garage. His plan worked, but when the garage door startled the bear, it took a swipe at Dave’s face.

He told GMA his injuries required him to be taken to a hospital, where he received a series of stitches along his cheek, jaw, ear and back.

According to Colorado Parks and Wildlife, wildlife officials were able to track the bear down and euthanize it.

“Today, bears share space with a rapidly growing human population. Black bears are curious, intelligent, and very resourceful; they will explore all possible food sources. If they find food near homes, camp​grounds, vehicles, or communities, they’ll come back for more.”

“Bears will work hard to get the calories they need, and can easily damage property, vehicles, and homes. Bears that become aggressive in their pursuit of an easy meal must often be destroyed.”

Black Bears at a Glance