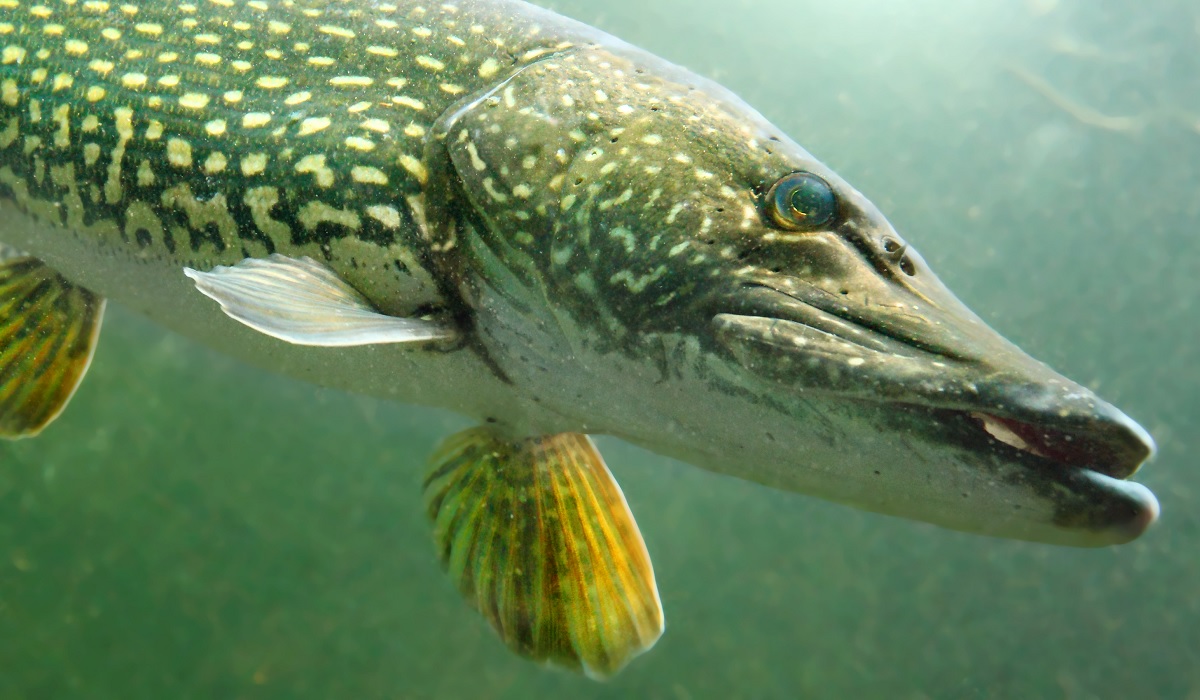 We know largemouth bass will occasionally gulp down a small duckling if the opportunity presents itself, so it shouldn’t come as a huge shock to hear ‘duck’ is also on the menu for northern pike as well. What might surprise you, though, is the size of the hen mallard the pike in this video is trying to take down.

Anglers have given the northern pike many nicknames – jackfish, hammer handle, slough shark, and my personal favorite; water wolf.

Although northern pike don’t hunt in packs like wolves do – can you imagine how terrifying that would be?! – a pike has a very typical hunting behavior. These predatory fish can remain almost completely stationary in the water by gently moving the last fin rays of their dorsal and pectoral fins. Before striking, it bends its body and darts at the prey using the large surface of its caudal fin, dorsal fin, and anal fin to rapidly propel itself. The fish has a distinctive habit of catching its prey sideways in the mouth, immobilizing it with its sharp, backward-pointing teeth, and then turning the prey headfirst to swallow it. For larger prey, the pike will usually attempt to drown the prey before carrying it off to be consumed.

Northern pike are cannibalistic and become so when they reach their juvenile life history stage. Pike feces are avoided by other ﬁsh because it contains “alarm” pheromones. Although numerous attempts have been made to culture or rear northern Pike, none have been successful because these ﬁsh will not accept artificial food. Northern pike are a highly sought after recreational ﬁsh species and also prized for the taste of the white ﬂakey ﬂesh.

RANGE: Northern Pike are distributed between the Arctic portions of North America, Europe, Asia, and Siberia. Most populations of northern pike are north of latitude 40 degrees north. The range of northern pike in North America extends from Alaska through Canada to the upper mid-western portion of the United States. Northern pike have been widely introduced and transplanted throughout Europe. In some cases, several countries have reported adverse ecological effects resulting from these northern pike introductions.

HABITAT: Northern pike inhabit freshwater, are demersal and can inhabit waters from 0 to 30 m (0 – 100 feet). These ﬁsh occur in clear vegetated lakes, quiet pools and the backwaters of creeks and small to large rivers.

DIET: Northern pike feed on invertebrates, ﬁshes, amphibians, small mammals such as voles, shrews and red squirrels, and waterfowl. As a matter of fact, large northern pike are so opportunistic that a bald eagle chick was found in the stomach of a large female northern pike.